Better out than in 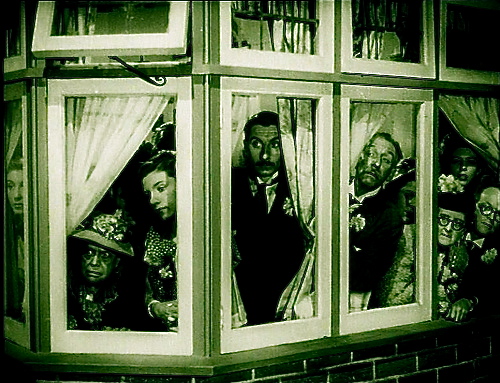 I hope you can hear me out! I am not usually one to air my views, but now I would like a listening ear!

I am a local resident enjoying living in Broughton with my young family. My husband and I try to contribute positively within our local community, and we have loved living here. But, I have now reached a point where I am officially fed up with what I'm calling the 'local curtain twitcher'.

Lately, within our local play park we have been presented with a large sign in an adjoining resident's window that generally moans about children making noise in the park and waking them up. Were they never a child? Are we supposed to repress our childrens' excited squeals as they explore the playground?

I heard this morning that a local called the police to report a child picking daffodils in Gayfield Square. Since time began, children have innocently picked flowers for their mothers!

Don't these people have anything else to do but pester the police about trivia and waste taxpayers' money?!

The trigger for my writing to you was an incident yesterday, where a neighbour reported our hired gardener to the police for cutting ivy on our wall (after he had requested she stop hassling him at work and stop filming). As animal lovers and members of the RSPB, we had monitored the ivy to ensure no birds were nesting. The gardener also held qualifications in wildlife conservation. So, we had visits from the police and an SSPCA representative, who found no evidence of birds nesting.

Like many others, we are respectful of neighbours and try to do our best to keep our flat and garden nice. We get on with people. I'm just at my wits' end with this 'rise of the curtain twitchers' who seem to disapprove of families with young children, or indeed any resident who arrived after 1967! This is not to define the curtain twitcher as elderly, as this is not always the case.

My message: stop interfering in trivia and other peoples' lives and get your own life!

Thanks so much for listening.

(Address supplied, but withheld by editor in interests of world peace)