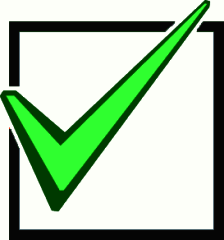 It's suggested that City of Edinburgh Council''s apparent lack of concern about the contamination of recycled waste in on-street bins may be to do with the possibility that it's all re-sorted later by someone else, probably over in China.
Maybe. But there seems to be a similarly relaxed attitude at the Council's own 'Community Recycling Centre' on the Old Dalkeith Road.
The bottle banks, for instance, are so tightly crowded together that it's difficult to access them or make out which colour of glass is supposed to go where. There's a general lack of rigour about the way the on-site staff direct the recycling traffic, so to speak. And last Saturday, all the centre's street lamps were blazing away in the bright morning sunshine.
So not the greenest of operations, all in all.
And why do I have the sneaking suspicion that most of the stuff we so religiously separate and offer up to them will end up as landfill anyway?
Still, I suppose it ticks the requisite boxes.  Which, as far as CEC is concerned, is usually all that matters.
David Jackson Young
(India Street)
----------------
See Breaking news, 27.2.15.