The fast and the curious 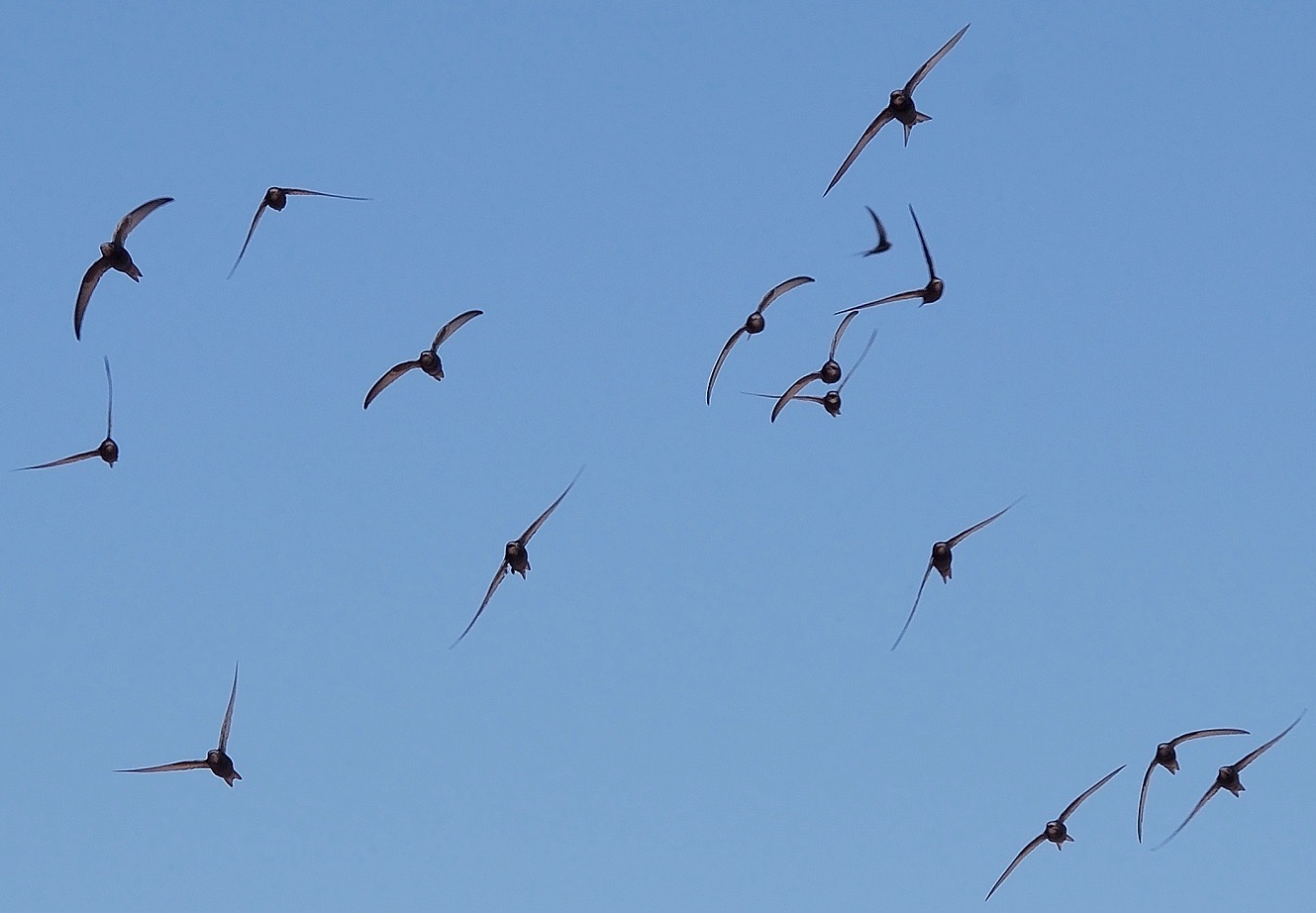 There are half-a-dozen varieties of swift in Europe; and I personally can claim a ‘first’, by identifying Alpine swifts (bigger, with a wide chest) on the summit of Mount Olympus, Greece (2,918m) in 1991.

Two weeks ago, we wondered why the big ginger cat had developed a strong interest in the corner between cabinets in our kitchen in the top-floor flat looking out over Broughton St Mary’s. Then I saw something moving behind a gap, and realised what it probably was …

Fifteen years ago I had been on my way to bed when I noticed a dark streak down one of the bedroom walls with a dark blob clinging to the wall above it. So I opened the bedroom window as wide as I could, gently detached the swift from the wall with a broom, and watched it fly out of the window. Next morning I  sponged the streak of bird-poop off the wall.

So, most recently, I guessed that something similar had happened again. I removed the cat, fished inside the open-back cabinet, and removed a swift by wrapping it gently in a duster. We released it onto a window sill, and it flew shakily away, after a couple of seconds.

Swifts – officially apus apus – have long narrow wings, wingspan of 40–44 cm –  flying fast with rapid wingbeats and glides. They apparently spend their entire adult life on the wing, hunting insects (‘Another midge, anyone?’), even sleeping on the wing. The one thing they cannot do on the wing is lay eggs and raise young, which they do in nests constructed in wall cracks, in towers, under eaves … but New Town construction does not generally have eaves, so where do they go? Has any Spurtle reader sighted a nest, and where was it?

Another question: Are swift numbers increasing or decreasing? We have seen and heard moderate numbers this year. It seems that numbers have been declining over the last 25 or more years (according to the British Trust for Ornithology). One factor may be that modern buildings lack nooks and crannies, but we can compensate for that by providing swift nest-boxes. Another cause is reduced insect numbers.

But a very specific event that has affected migrating birds this year has been a particularly serious storm in Greece in early April. It killed seven people, and left thousands of dead or dying swallows and swifts in the streets of Athens. This is probably affecting the numbers in the UK. 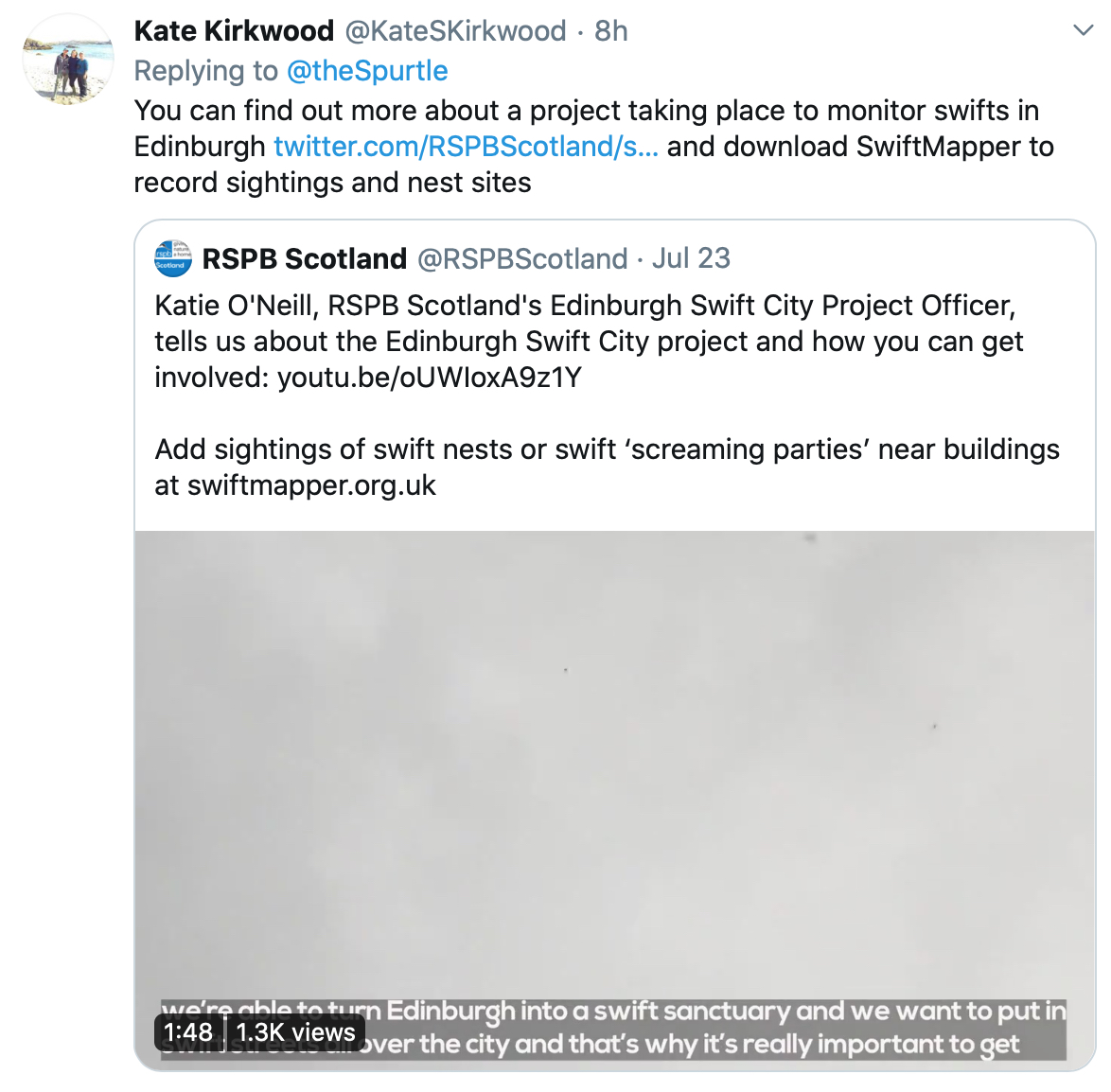