Service 11 at sixes and sevens? 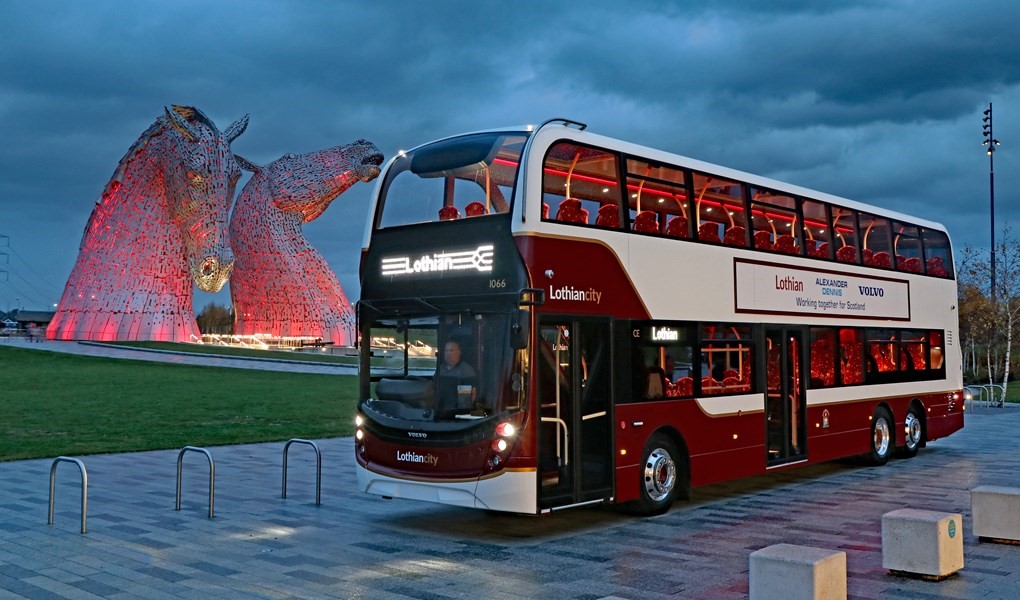 I have an elderly neighbour who says that a major problem with the new megabuses (Issue 282) is that only the entry door can be lowered to make it easier for people to access.

The exit door, being in the middle, does not have this facility. Also, due to the extra length of the buses, it’s quite hard for the driver to pull the whole vehicle in parallel to the kerb at a stop – usually s/he can only get the front (entry) door near the kerb.

This means you might have to step down to the road surface (rather than the kerb) from the exit door, which can be a major problem for the elderly or others with limited mobility.

Apparently, the drivers are supposed to allow such passengers to leave via the entry door, but not all of them are prepared to do so.

Not only, but also …
I’ve noticed something else about the megabuses – unlike most other Lothian Buses, they don’t have a yellow sticker on the nearside of the back-end advising cyclists not to pass them on the left.

As someone who was once very nearly squished against the railings outside Register House by a bus turning left (it appeared to be indicating otherwise), I think these stickers are a good idea.

And as the megabuses are even longer than normal ones, there’s surely a need for such a warning.

And while we’re at it …
The naming of stops is a very helpful feature on Service 11, as is the fact that it scrolls as the megabus goes along the route. However, the usual convention is that stops are named for the nearest identifiable side road.

In the case of Pilrig Street, all six stops are named in this way. I’m therefore completely baffled as to why Lothian Buses choose to name the stop at Albert Street on Leith Walk (for Hyvots Bank-bound buses) ‘Pilrig Street’.

This stop is at least 100m from the Pilrig Street junction, and misnaming it in this way could cause major confusion for anyone not familiar with the area.

I am writing to Lothian Buses about all three issues, and will share any results. 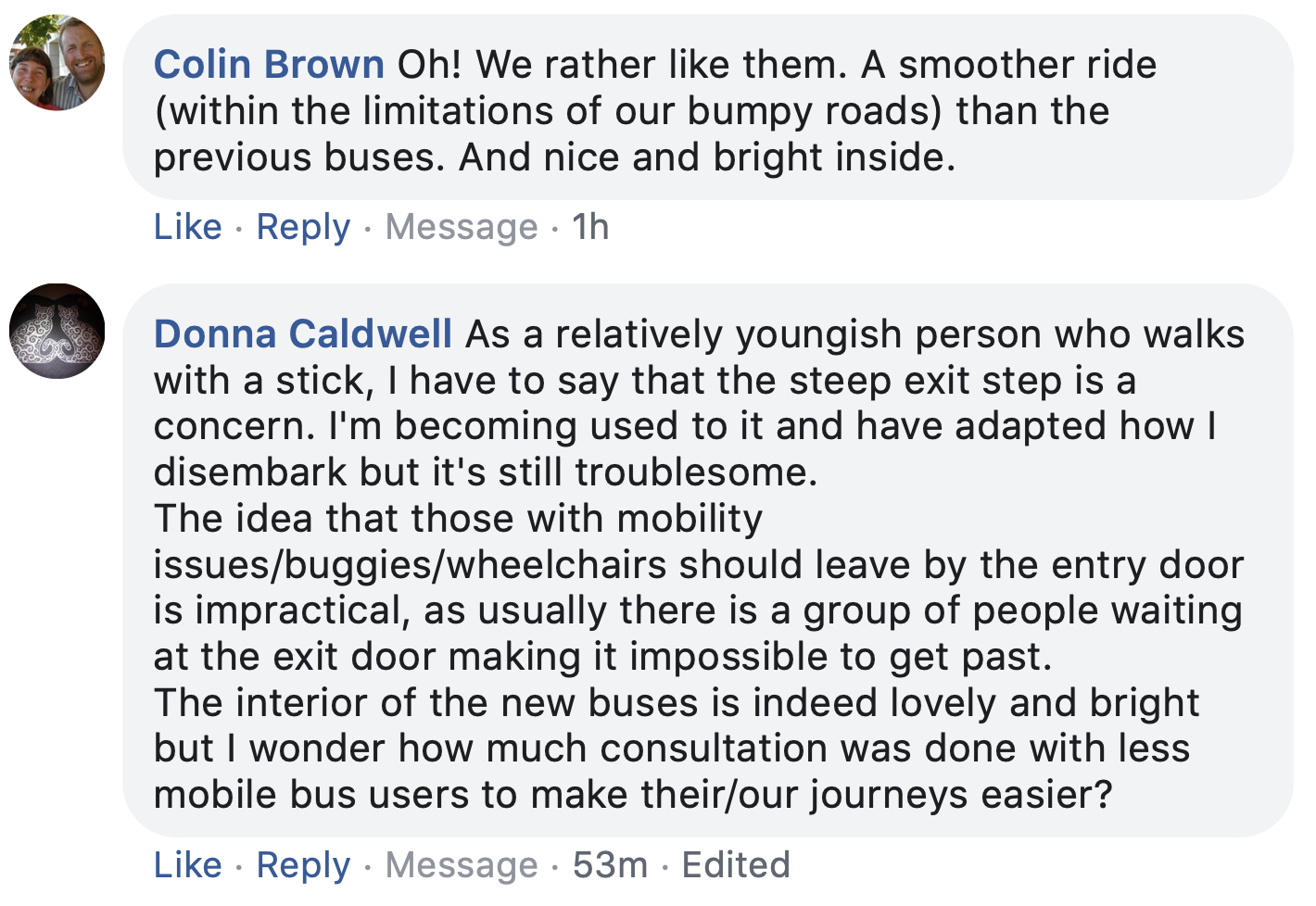 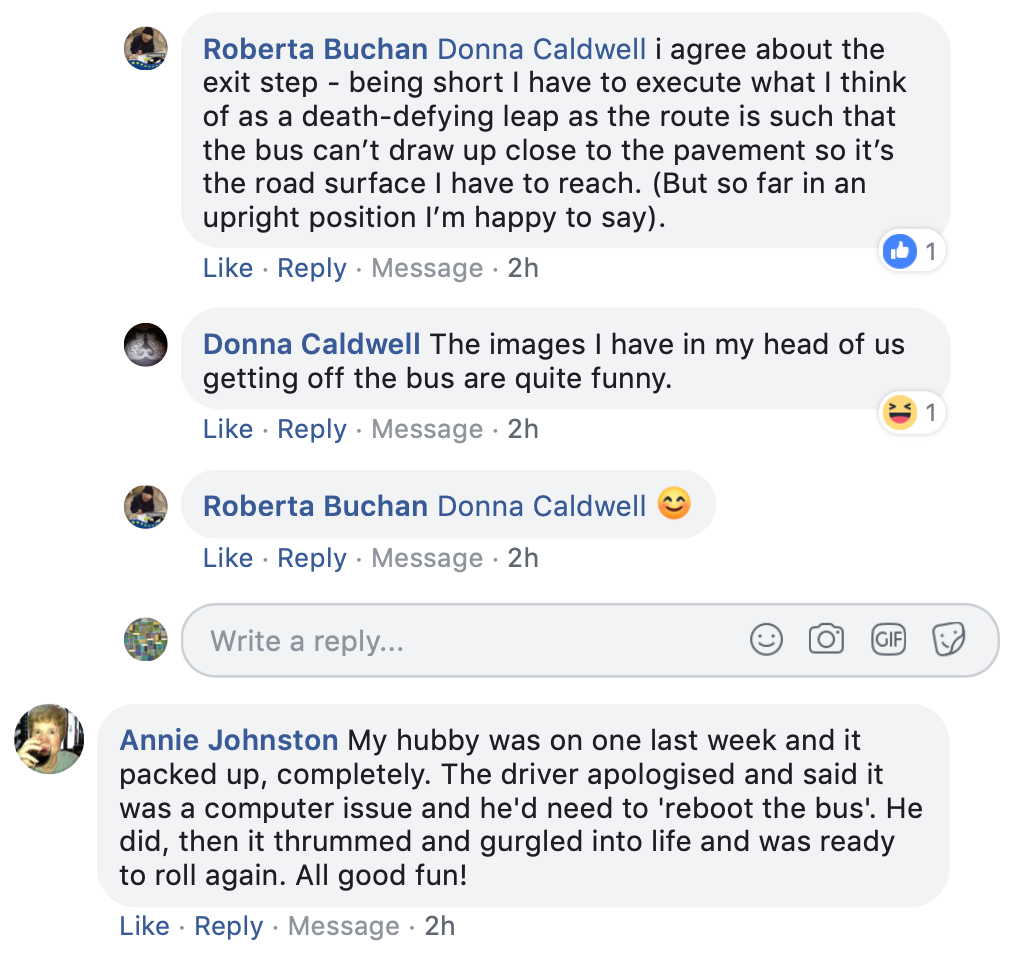 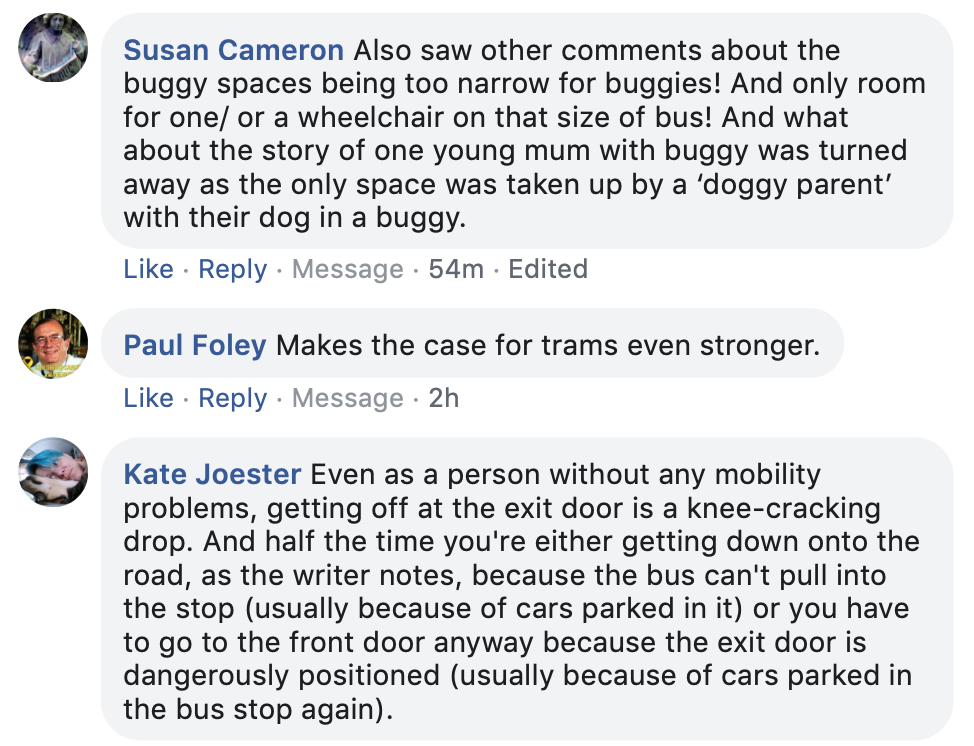 I have to own up to a mistake in my letter about the short(!)comings of the new megabuses on the No. 11 route.

Following an email response from Lothian Buses today, I checked again and now see that the megabuses DO indeed have  ‘Do Not Pass On The Left’ notices.

However, these are very low down on the rear bumper and blend tastefully into the maroon livery. I had been looking for a more conspicuous yellow notice at the usual eye level of a following cyclist.

I’d be very interested to know what other cyclists think about the effectiveness of this – but thought it best to fess up to my earlier mistake.