Still too many too fast

I'm sure many will have welcomed the new 20mph speed limit, particularly  while attempting to cross the roads in Edinburgh.

I crossed with a van approaching me at over 40mph while I was on the road, determined to get through on the green light at Picardy.

The new limit has generally moderated speeds but there are persistent offenders still driving at over 40mph on a crowded shopping street. I  would urge the police to enforce the speed limit in high risk areas like Broughton Street. 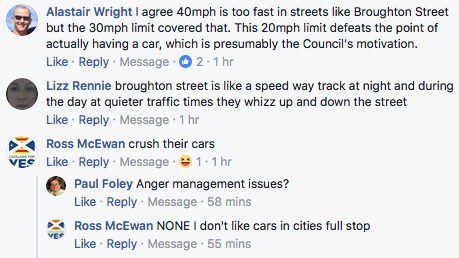