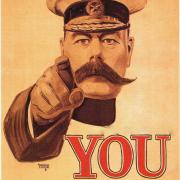 City of Edinburgh Council seeks the public’s views on outdoor advertising. Its online consultation pages – with six multiple-choice questions and space for additional comments – will remain OPEN HERE until 14 September.

The subject has arisen as CEC reviews planning guidelines on ‘what types of outdoor advertising are acceptable [and] where it is suitable’.

Spurtle thinks it is important for as many residents as possible to make their views known.

The range of potential topics here is quite wide.

At one level, depending on respondents’ answers, this consultation could throw light on traditional advertisements such as those on seasonal display platforms which appear during the Fringe and Festival. At another, it could adddress the rash of Toblerone-shaped lamppost wraparounds which the Council itself puts up all over the place whenever it feels the urge.

Presumably, it could also tackle the supposedly temporary adverts which are supposed to be taken down at the end of each day but instead sometimes end up remaining in place for months and even years. 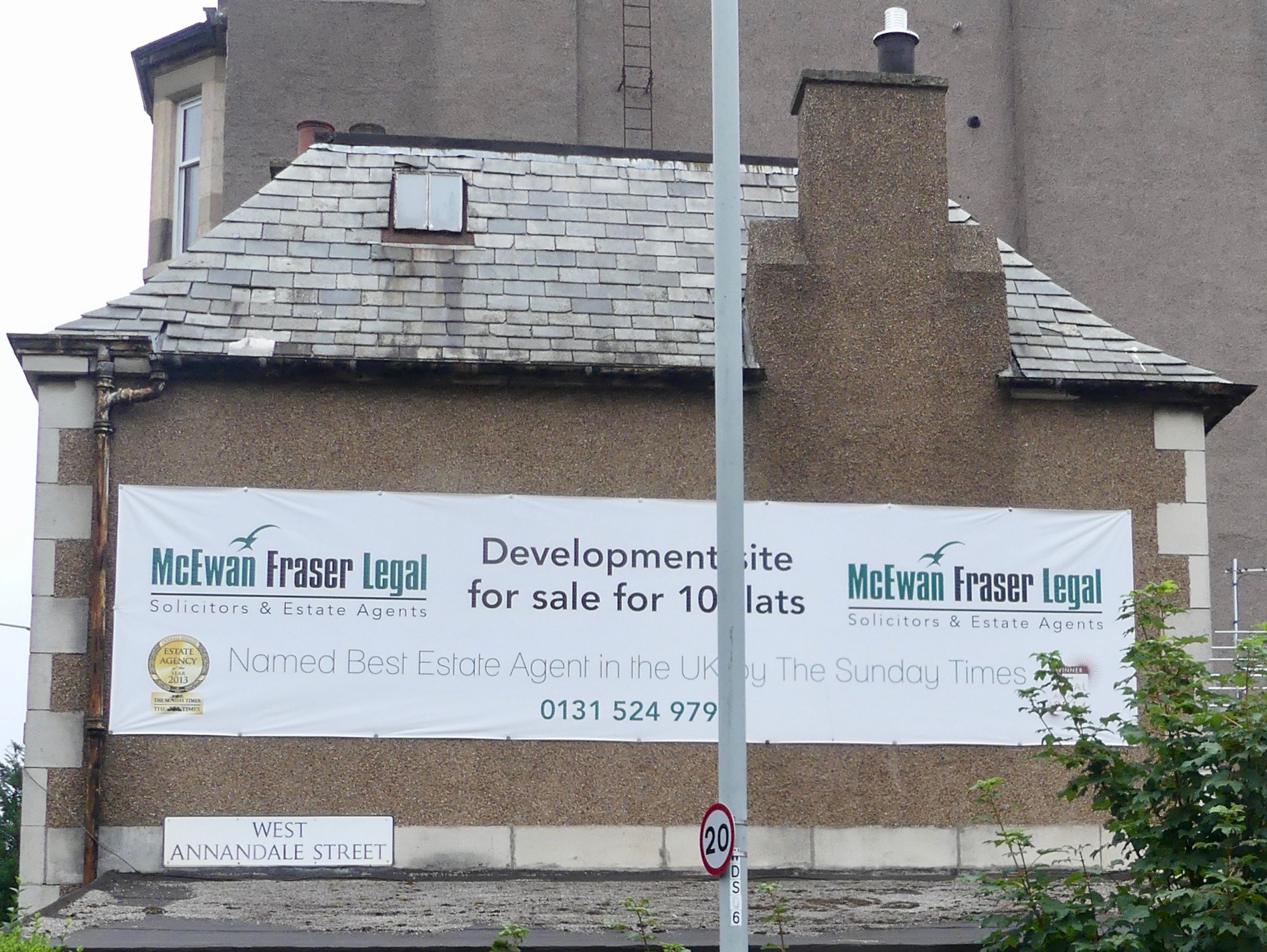 More importantly, however, we suspect that what is driving the consultation is Edinburgh’s relationship with the evolving medium of digital advertising. The financial stakes here are high, and we fear they may end up counting for more in the eventual shape of policy guidelines than improving the long-term appearance of the city, particularly its historic heart.

Spurtle understands that the Council is still smarting from the furious reaction behind the scenes by advertising multinational JCDecaux to CEC’s refusal of digital-display bus shelters on St Andrew Square and George Street in 2016 (Breaking news, 6.12.16; 14.12.16).

JCDecaux had earlier signed an exclusive 10–15-year contract with CEC in 2014 to become its media partner. That deal seemed to offer the prospect of supplying 436 digital-screen bus shelters and 60 large-format billboards across the city. The company announced the news on its own website under the headline ‘JCDecaux wins Edinburgh’. Executives there were, to say the least, disappointed that public hostility, political expediency and Planning regulations later cramped their style. 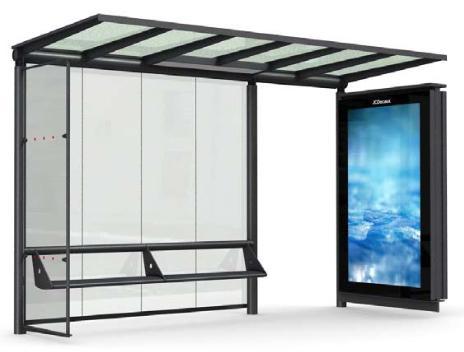 Whose demands? Whose solutions?

Planning Convener Cllr Neil Gardiner says he is keen to strike the right balance between advertising and ‘the integrity of the city’. Fair enough.

But he also speaks of ensuring policy is ‘up-to-date and reflects the changing demands of the advertising industry’. Here, Spurtle becomes uncomfortable.

The industry’s demands? Surely, the industry should adapt to the changing or static requirements of Edinburgh. Advertising solutions which may be effective and welcome in Berlin or Toronto will not necessarily be appropriate here and should be confidently assessed on their specific local merits.

Edinburgh does not need any more street clutter. Indeed, Council policy already aims to reduce it.

Edinburgh residents and visitors do not need purposely distracting visual intrusions in a World Heritage cityscape. They can turn to their mobile phones for that if they so wish.

And even outwith the historic World Heritage Site, do we really want enormous digital billboards glaring down at us day and night? Remotely controlled billboards which, locals will remember, are sometimes larger, brighter and more changeable than originally consented (Breaking news, 14.4.14; 10.3.17). 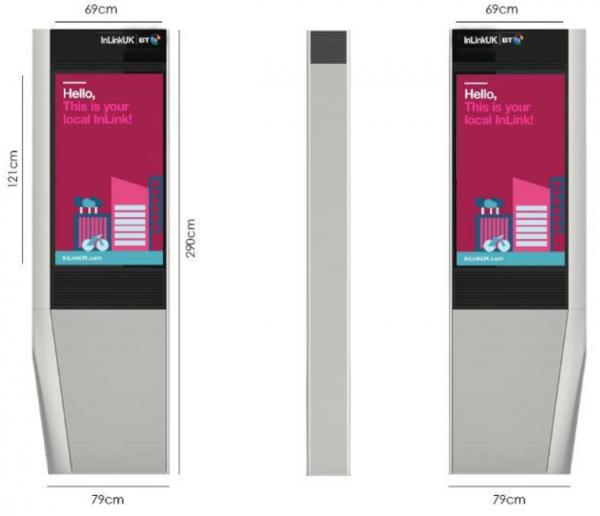 Why we should respond

This consultation takes place over the busy holiday period when most people would prefer to be doing something more fun. Spurtle fears that if too few people respond, or too many don't respond clearly enough, the results could be used to facilitate a JCDecaux-friendly relaxation of guidelines about the number, location and design of digital advertising in the city.

The consultation claims to be Planning-led, as it should be. It has the potential to act as a trigger for simplifying and calming Edinburgh’s beautiful outdoor spaces.

Alternatively, it has the potential  to spoil our city in order to get the Finance and Resources Committee – whose Convener, Cllr Alasdair Rankin warmly welcomed the JCDecaux deal back in 2014 – off an embarrassing hook.

Whatever the findings of the consultation, we particularly urge CEC not to make changes to advertising guidelines without first coordinating its approach with the ongoing George Street and First New Town design project (Issue 270, p.2). Joined-up thinking here is imperative.

If you think firmly controlled outdoor advertising is key to preserving the best of Edinburgh's built heritage, officials and elected representatives need to hear about it. Filling in THIS CONSULTATION will help them with that. 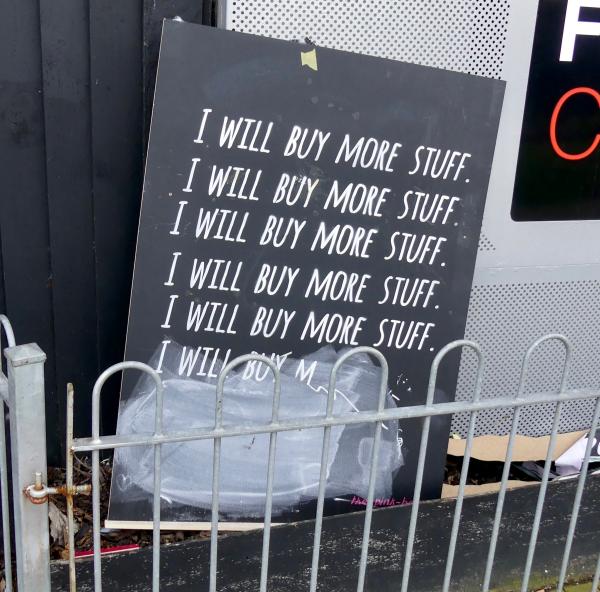