LANDSCAPE-FORGE OF THE FAR NORTH 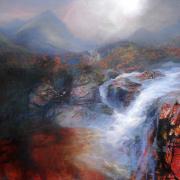 Stepping into the Union Gallery this month is a bit like entering the heart of a volcano.


The normally peaceful airy whites of the space have been transformed into a forge of igneous reds and golds, brimstone blacks, raven-eye blues and pummice greys.


This is the landscape-forge of Beth Robertson Fiddes, an artist for whom the Highlands appear to be very much a work in progress.

She remarks of herself:

‘My aim is to return to a different way of seeing my surroundings, to a time before I had any knowledge of science or history and the world seemed full of possibilities’. 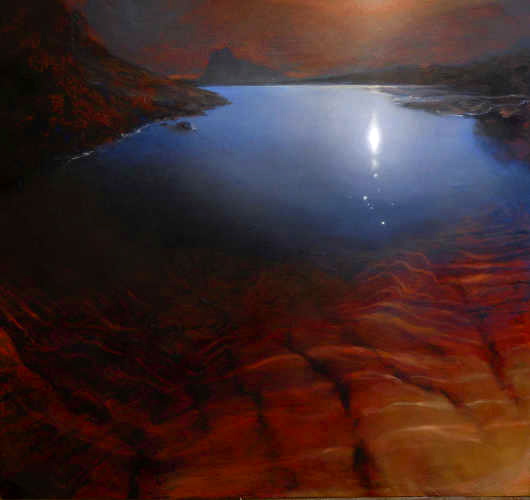 Such mythic sensibility, such irrational responsiveness to the land have been apparent in previous appearances here over recent years.

In 2010 her ‘Big Buachailles’ attracted attention for the way the mountain at its heart was so convincingly imbued with character. In 2011 it was the  narrative possibilities of ‘Glen Coe’, and the awesome ‘Tiree’ and ‘Looking North, Last Light’ that caught the imagination.


Even back then, in ones, twos and threes, Fiddes’s works had more than enough oomph – in varying combinations of size, vision, colour and confident execution – to dominate three separate joint exhibitions. Uninterrupted here in this solo show, the effect is almost overwhelming. Rock and fire contend, water and stone collide, storms glower and clash. It is for the most part a noisy and furious battleground of the elements. 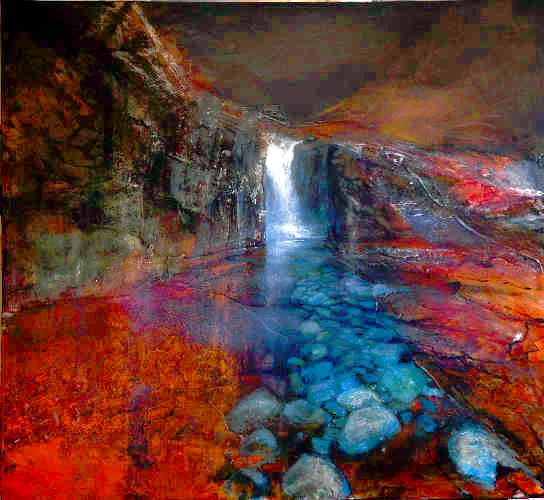 And yet, for all its epic grandeur, for all its fascination with the creative results of violent discharge, the work is not without subtlety. In ‘Rock Pool, River Etive’ (below), for example, the artist’s focus is quieter, more interested in structural forms and their abstract relationships.

In ‘Suilven’ (this reviewer’s favourite), Fiddes deftly steers between the realistic depiction of a brooding hill with veiled sun, and the painterly processes of brushstrokes, drips and scraping. 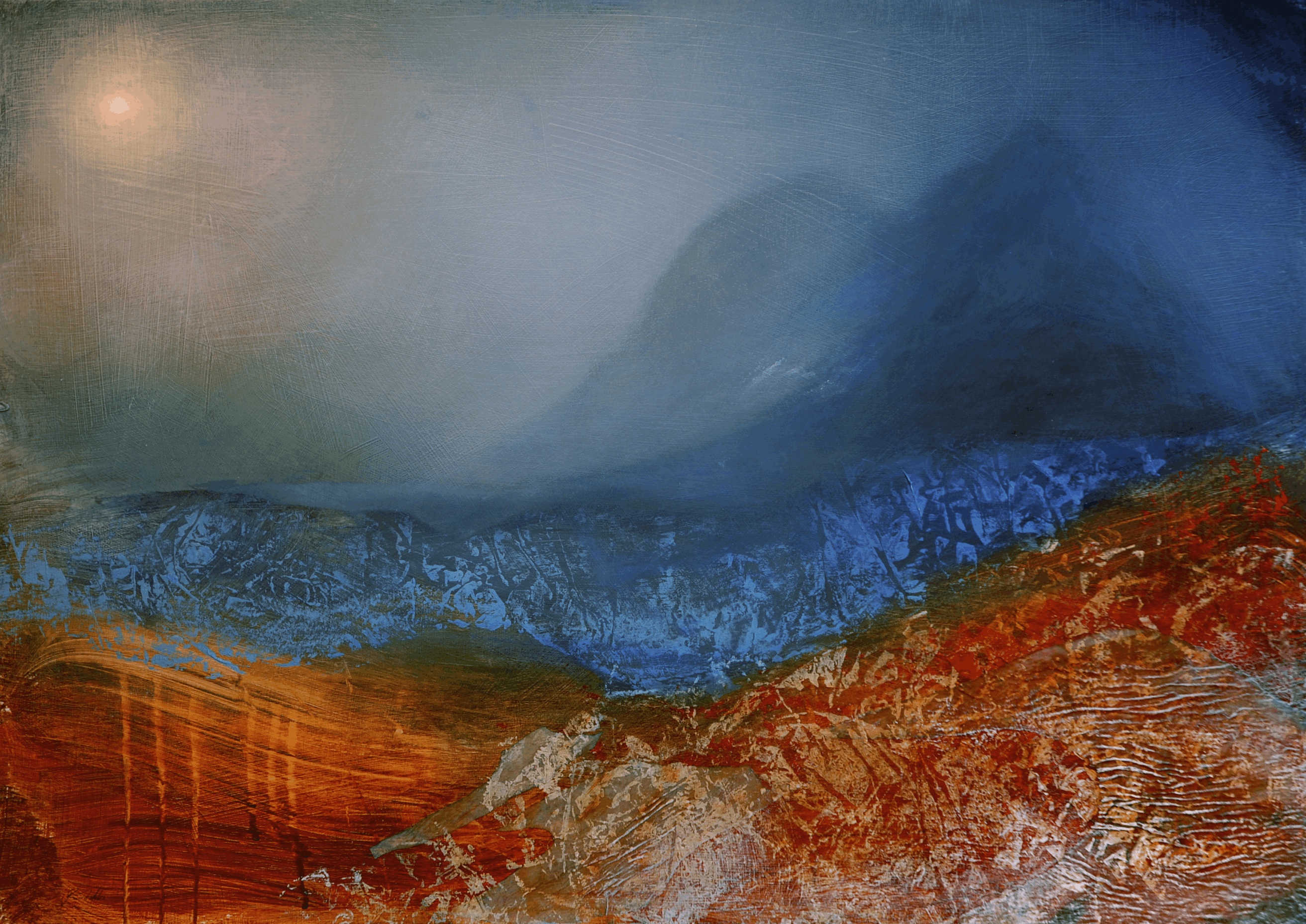 And then, in complete contrast, there are three intimate studies of tranquil water suffused with sunlight. I found these quite hypnotising, particularly 'Clear Water, Berneray' (below).


The exhibition is a dramatic tour de force, no doubt about it. But listen carefully and you can hear it plash as well as thunder.  AM 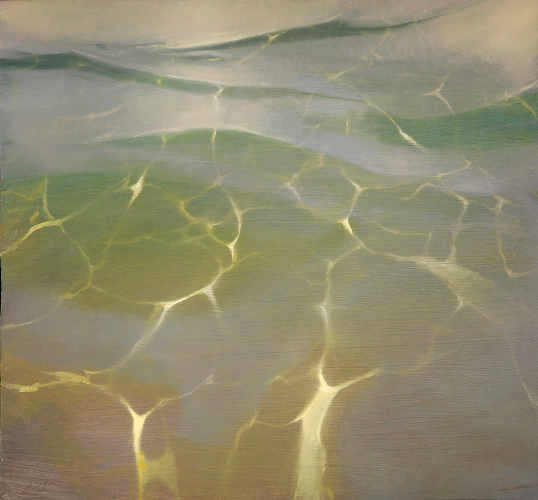 Is there an exhibition or individual work in Broughton which you'd like to write about? We'd love to hear from you. Please contact us by email at spurtle@hotmail.co.uk on Facebook Broughton Spurtle or Twitter @theSpurtle