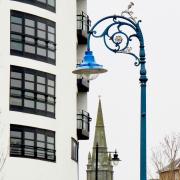 Bar rooms, kitchen tables and social media have been buzzing over recent months with conversations about the future of Leith in general and Leith Walk in particular. Spurtle is no expert on our friends north of Pilrig Street, but what happens to them clearly has ramifications for the rest of us. So, here’s an effort to set down some of the broad lines of a wide-ranging discussion, one which will continue for years to come.

Property and development consultants GVA Grimley have been charting the accelerating ‘regeneration’ of Leith.

The boom has been fuelled by a shortage of Grade A office space in Edinburgh, Leith rents that are 40% cheaper than those in the city centre, and potential ‘connectivity benefits’ of trams running to Newhaven.

‘This activity has been supplemented by several lease extensions and re-gears from blue-chip companies such as Mastercard through to charities including the Stroke Association.’

Bars, restaurants and other ‘leisure options’ have also increased in number, and in 2017 TravelSupermarket named Leith the second ‘hippest’ place in the UK. 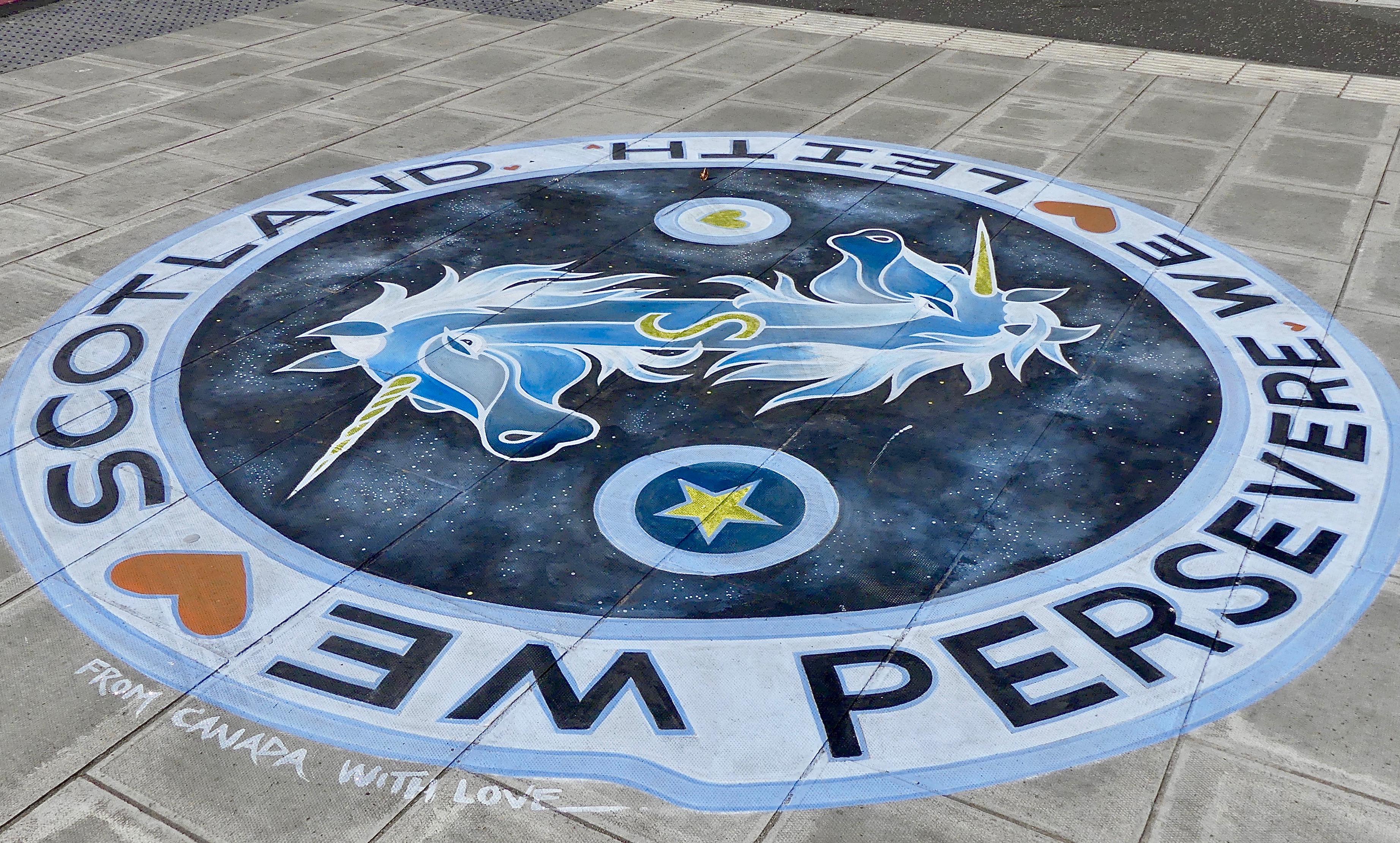 GVA sees only positive consequences of ‘revitalisation’, but many Leithers aren’t convinced.

There’s a welcome for certain supposed regeneration or ‘gentrification’ effects, such as fewer violent bars and the rise of locally supported efforts for cleaner streets. There are mixed feelings about the onward march of avocados.

But there’s also resentment at what looks like top-down decision making by outsiders affecting everything from trams to parking, shops, homes, demographics, and some journalism.

There are fears about displacement (again) of community members – this time, those no longer able to afford rents or property prices.

There’s apprehension about how Leith’s local identity can survive continued ‘improvements’ in line with other people’s well-resourced city, national, and international agendas. 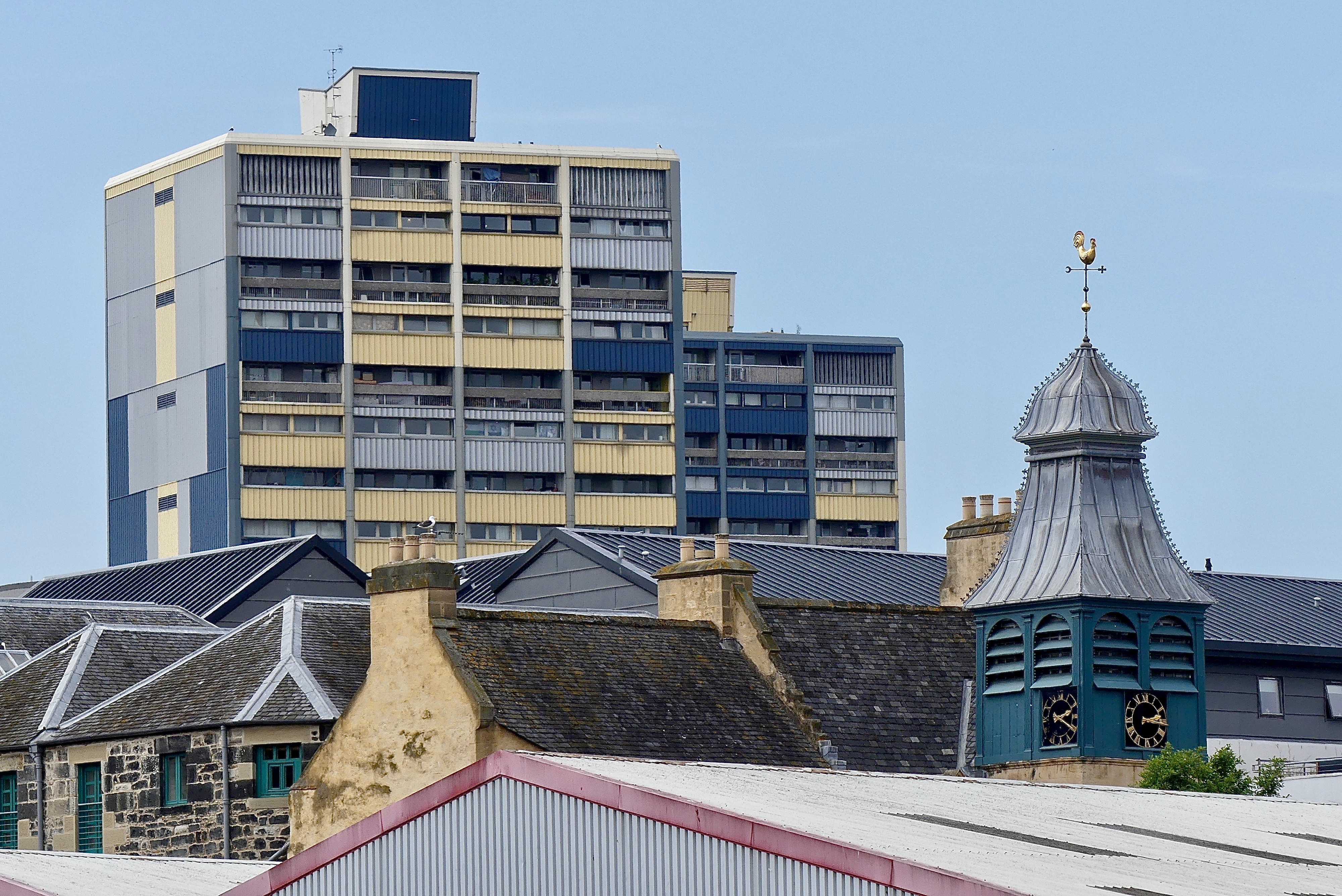 A few observers paint artists and creative placemakers (more and more civicly active in Leith over the last decade) as stalking horses for developers. These critics don’t see disproportionate student numbers as the problem so much as students being the vanguard of neoliberal globalisation.

They see ‘new Bohemias’ as the embodiment of class war and capitalist ‘accumulation by dispossession’.

His assertions (previously applied to other parts of Britain) were roundly challenged afterwards, some arguing that they do not reflect most public views expressed at the meeting Pritchard hosted, others casting them as the divisive intervention of a ‘helicopter activist’.

In general, the local reaction seems to be that Leith should stand together not fall apart. 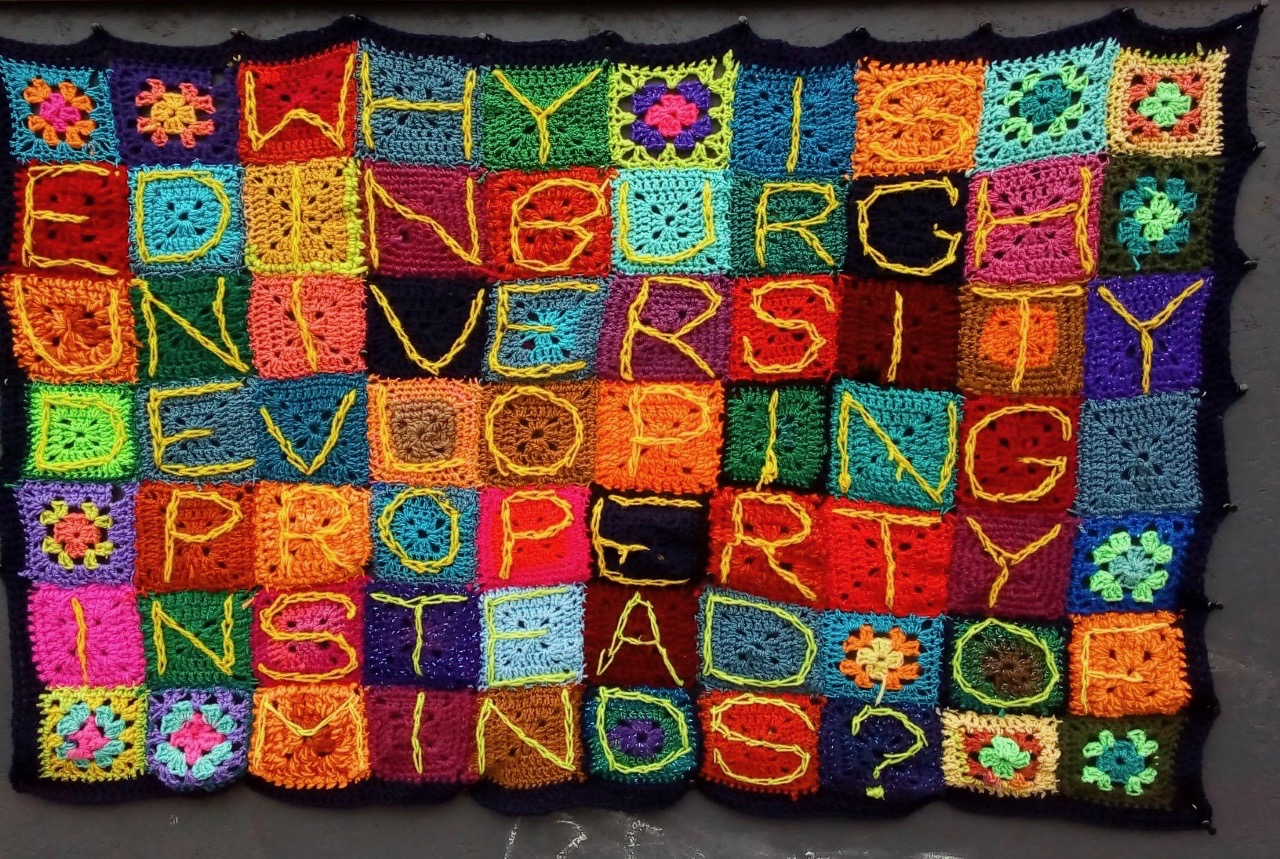 The Save Leith Walk campaign will tomorrow present a 12,200-signature petition against Drum Property’s plans for Stead’s Place.

Driven by a sense of righteous anger, SLW is an energising and unifying force to be reckoned with. Local politicians are already taking note. There is hope of victory in the short term. After which eventuality, Drum would inevitably appeal to the Scottish Government.

How that appeal might play out, we don’t know. But long term, those fighting for a Leith developed from the bottom up and in line with today’s locals’ current needs and aspirations cannot simply rail at unfairness. Petitions and locally applied political pressure won’t work forever.

Campaigners will instead have to apply the icy-headed and unsentimental logic of Planning law. That is a technical, not an emotional, process. It requires expert guidance, perseverance … and, once lawyers get involved, an awful lot of money.

To achieve funding parity in the Planning justice system may prove Leithers’ greatest challenge yet. 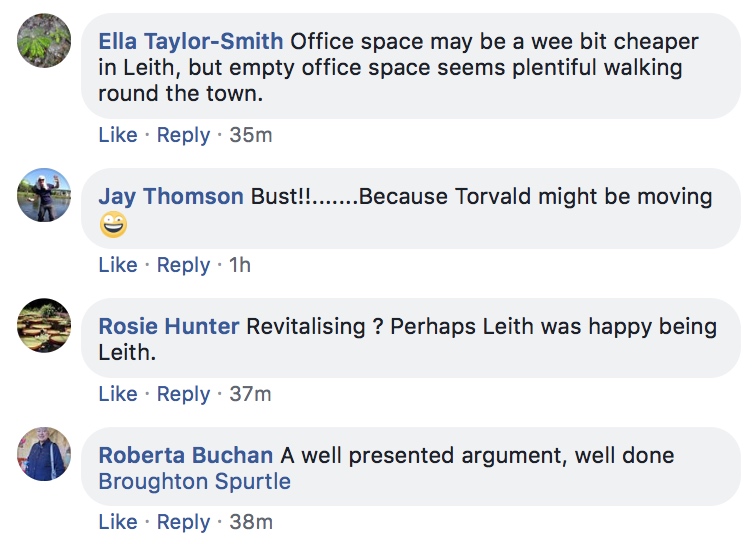 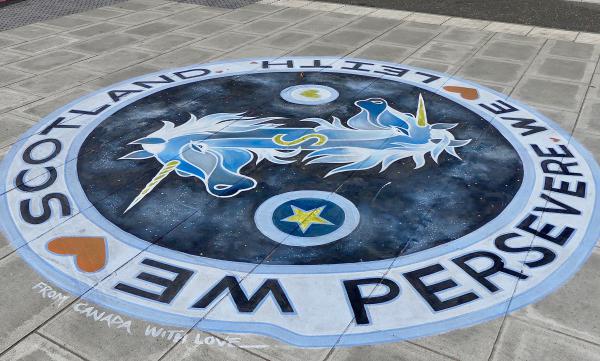 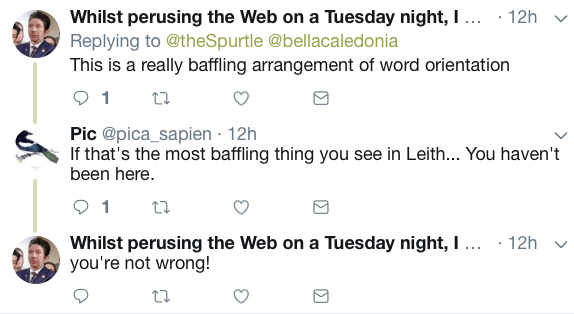