ROUND AND ROUND IN CIRCLES ON BAXTER'S PLACE 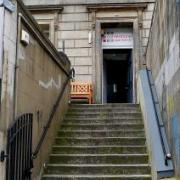 Neighbours and other locals continue to monitor events at 7–8 Baxter’s Place very carefully.

In its latest applications on 18 June 2019 (Refs 19/02924/LBC; 19/02925/FUL), Cornerstone Property Development sought to convert a windowless basement and fire escape (between Planet Bar’s dancefloor and Taste of Italy’s kitchen) into a flat arguably best suited to a three-quarters-squeezed-out tube of toothpaste living alone and moving only sideways.

Objectors raised various problems concerning how the proposals were conceived, designed, and formulated for consultation.

A Council official advised the architect that the plans measured roughly 25 sq.m plus ancillary roof storage, and would not meet minimum floorspace requirements of 36 sq.m as set out in Edinburgh Design guidance for a studio flat. The proposal would, they said, have poor levels of amenity being located at basement level and single aspect. 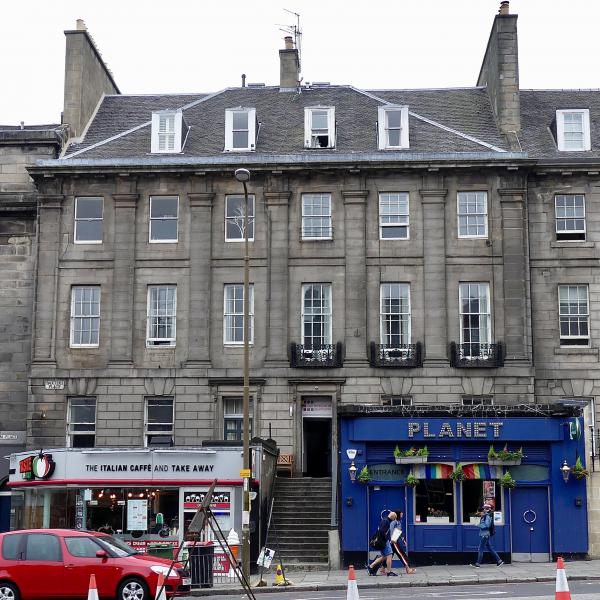 On 6 December 2018, Cornerstone appealed that Enforcement notice to the Scottish Government, which broadly upheld the Council’s position on 19 February 2019.

Cornerstone, not best pleased, next appealed the Appeal to the Court of Session on 11 April. It is now evident from the DPEA website that this latest challenge was withdrawn on 25 July. At present we have no further details.

Cornerstone submitted another application on 25 February applying for a certificate of lawfulness to run a two-bedroom flat at 8 Baxter’s Place as short-term accommodation for people ‘living together as a family’ (Ref. 19/00932/CLP).

The Development Management Sub-Committee refused this in May, and Cornerstone appealed the decision to the Scottish Government shortly afterwards. (Is there an echo in here?)

UPDATE: On 6 August the Reporter dismissed Cornerstone's appeal. The Reporter considered the proposed short-term letting a material change of use for which there are no development rights. He was ‘not convinced’ by Cornerstone’s numerous arguments and supposed legal precedents.

Are we nearly there yet?

It would be, Cornerstone contends, 'substantially different' to previous usages, not least because of reduced bed spaces, a restriction in permitted guests, 24-hour on-site management, and the loss of kitchenettes.

There were 23 letters of objection and none of support.

A decision is still awaited.

Don’t be. Local observers have reason to believe short-term-let activity may start again soon within at least one of the Cornerstone flats here. They are seeking urgent guidance from Planning Department officials.