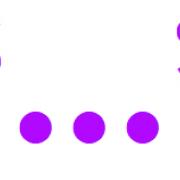 The Spurtle has approached all local politicians (see Directory) for comments about the City of Edinburgh Council's forthcoming school budget.

We're posting the responses as they come in, so check this story again later to check for new additions.

Comments are listed in alphabetical order by political party, and dated by time of receipt.

These cuts appear to be so swingeing that they qualify as an assault on our children's future – depriving schools of materials that are routinely available in some of the poorest schools in Africa suggests that the council really have no idea of the effect they are having on our children's educational prospects, and need to start coming out to view the real world, and revising their decisions.

Ms MacDonald is aware of the enormous concern being experienced by the parents of Edinburgh
school pupils. She is also very much aware of the constraints under which the council is working. Other large-spending and vital departments such as Health and Social Care will also experience budget cuts. Margo
meets councillors on a regular basis and will bear the views of constituents in mind when discussing matters concerned with the budget.

I am totally opposed to any cuts to the education budget. The Labour Group have an alternative budget which balances and we have managed to protect the education budget entirely.  This proves that cuts to education in Edinburgh are unnecessary and I shall certainly be voting against them.
Cllr Angela Blacklock, Ward 12 (1.2.10)

I have been arguing in the Parliament in debates and questions that school budgets must be protected. Nothing is more important for the future of Scotland than the education of our young people.
Malcolm Chisholm, MSP (27.1.10)

Parents, children and teachers across Edinburgh have my full support in opposing the budget cuts proposed by the City of Edinburgh Council and I am doing everything I can to ensure that this issue is properly represented in Parliament and at local authority level. I am in constant contact with our Education spokesperson, Cllr Ricky Henderson, who believes along with my parliamentary colleagues that front line services should be protected as much as possible and are yet to be convinced that these funding cuts are necessary.
George Foulkes, MSP (26.1.10)

I strongly oppose these cuts. I don't believe there is any need for them, certainly this year when both the Council and the Scottish Government have actually had increases in real terms in their budgets. It is ultimately a question of priorities, and how high a priority we place upon children's education. I believe education should be a high priority – cuts should not come from front line services.
Mark Lazarowicz, MP (26.1.10)

I must point out that at the moment any budget suggestions
which you might hear will have come from the 'budget information packs'
which are prepared by Council officials in each department to outline
possible options open to elected councillors when we come to set the
budget early next year. This means that these suggestions across all
departments remain simply 'officer proposals' and that should certainly
not be seen as a political decision or indeed intention.
Speaking for my own Liberal Democrat group we really do come to this
process with an open mind and are happy to take on constructive
suggestions from not only the other political groups within the Council
but also community organisations, trade unions and individual parents [...].
Personally, I can tell you that I am determined to take account of as
many different factors as possible when the time comes to decide the
budget; and, since the situation is changing all the time, we will have
to continue to give serious consideration to all proposals right up
until the budget is decided next month
I know that the Council's Children and Families department enjoys a very
good relationship with our schools and headteachers across the city and
that their views will always be taken on board as to how we can best
support them, whilst ensuring that we use the limited supply of
taxpayers money which we have as efficiently as possible. Especially in
the straitened financial situation that the public sector finds itself
in these days.
As a bottom line I can assure you that we will make every effort to
preserve – and indeed enhance where possible – vital services,
especially our schools.
Cllr Charles Dundas, Ward 11 (26.1.10)

Our schools are one of our most important front line services, and we must do all we can to ensure the ongoing quality of education. We have to give priority though to services for vulnerable children and our elderly, and therefore to preserve these as much as possible it may be necessary to accept some budget cuts in general education provision. I do want these to be as low as we can possibly get them however, as I know the schools are already operating extremely 'leanly' and efficiently.
Cllr Louise Lang, Ward 12 (26.1.10)

I am strongly opposed to a 2.5% cut to school budgets in 2010–11. From reading the [Edinburgh Network of Parent Councils] document and from discussing the issue (with parents and teachers) I am persuaded that a cut of that magnitude would cause damage to frontline education. I am very concerned about the effect the cut would have on staffing, materials and infrastructure.[...] The Conservative Group on the Council are currently working through the detailed numbers. They are attempting to reach, credibly, a position where no cuts are required in 2010–2011 for devolved school management budgets.
Gavin Brown, MSP (26.1.10)

The Conservative group is committed to looking at reform of school
administration to fulfil its policy of devolving more control of schools
to head teachers and individual school management because it believes
that individual and schools, their teachers and the parents of the
children attending them are best placed to make the decisions about
their schools.  The Conservative Group is currently finalising its
budget for 2010/11 and will announce it in due course.
Cllr Joanna Mowat, Ward 11 (26.1.10)

With regards to the school budgets, the figures that have been quoted in the Evening News are merely proposals put forward by council officials to produce a balanced budget.  As a result of the banking crisis and the reduced money coming from Westminster, Edinburgh Council has been put in an extremely difficult financial climate and I will be doing all I can to find ways of providing the same service for less money in other areas so schools will not see a reduction in the money they have to spend.  Last year, Edinburgh's schools were given £250k extra in their budgets which has seen attainment continue to rise and exclusions continue to fall and it would be my hope that we are able to continue this in the future.
Cllr David Beckett, Ward 11 (26.1.10)

Certainly as a parent of two children in primary school myself, I am very much aware of the impact such proposals might have on our schools, and want to assure Spurtle readers that the administration is doing everything it possibly can to protect the Education budget from these harsh economic times. As Councillor Beckett points out, these are the recommendations of council officers and the final decisions on the budget will be taken by us. However I would ask readers to remember the Council is in a bad place financially because of impending UK budget cuts (is there anyone who genuinely believes the banks bail-out won't have to be paid for?) and we face very difficult choices.

I met with the Council yesterday afternoon for a discussion on the education budget. The Council is unable to commit to any figures at the moment and nothing will be announced until Council meets to discuss the budget. Figures that have been quoted in the Evening News are merely proposals put forward by council officials to produce a balanced budget. You can rest assured however that I have made your concerns very clear to SNP Councillors.
I would nevertheless like to point out the reality of the financial constraints. As a result of reduced money coming from Westminster, Edinburgh Council has been put in an extremely difficult financial climate. Councillors have pledged to do all they can to find ways of providing the same service for less money in other areas so schools will not see a reduction in the money they have to spend.
I would also like to point out that last year, Edinburgh's schools were given £250,000 extra in their budgets which has seen attainment continue to rise while the number of exclusions in Edinburgh have continued to fall.
The Council will keep me informed of all developments and decisions taken on this.
Ian McKee, MSP (2.2.10)

I am pleased that the council has managed to limit the size of the budget cut – though like parents everywhere, I would prefer that there was to be no cut at all.  However, it is important not to underestimate the near impossible task that councillors face in putting together their budget. In actual fact, although devolved school budgets are likely to fall 1%, I also understand that overall spending on education is likely to rise.  The reason why this is not benefiting individual school budgets is partly because the previous council administration bound their successors to unnecessarily expensive PFI and PPP private building projects – and so much of this increase must go to meet these commitments.  A further significant slice of the budget is then required to meet pay obligations which were also recently adversely affected by European Court and House of Lords judgements on sick/holiday pay.
Indeed, I cannot let any discussion of public finances pass without reiterating the simple fact that the reason why all our public services are under severe pressures is because of the abysmal mismanagement of the public finances by the Chancellor Alastair Darling, and his predecessor Gordon Brown.  It is this mismanagement that has seen a cut from Westminster to the Scottish budget of around £500 million.