THUNDER OVER THE GARDENS 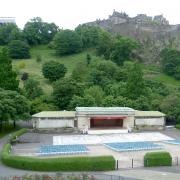 An article in Saturday’s Scotsman prompted a massive reaction on social media over the weekend.

Furious residents responded to the article’s opening paragraph: ‘Council chiefs in Edinburgh have ruled out imposing a cap on the number of events staged in Princes Street Gardens – as the city’s status as a world-leading cultural capital would be put at risk.’

In reality, the situation is more nuanced and – for now, at least – less alarming.

That opening paragraph paraphrased and interpreted a notably vague comment by Culture & Communities Convener Donald Wilson, which appeared later in the piece: ‘Some people are of the belief that you can cap or put an upper limit on certain things. As soon as you put out that kind of message you risk starting a decline. One-off things start a drift.’

In any case, the online article’s first-paragraph interpretation and the public’s social-media response overshadowed another assurance from Cllr Wilson: ‘The use of the gardens hasn’t changed and I’m not envisaging it changing in the future.

‘There has been talk of privatisation or selling off the gardens. That is absolutely not the case.

‘They will remain 100 per cent under the ownership of the gardens [sic] and we will be controlling and managing them.’

The slightly peculiar final sentence appeared online but not in the paper edition of the Scotsman. 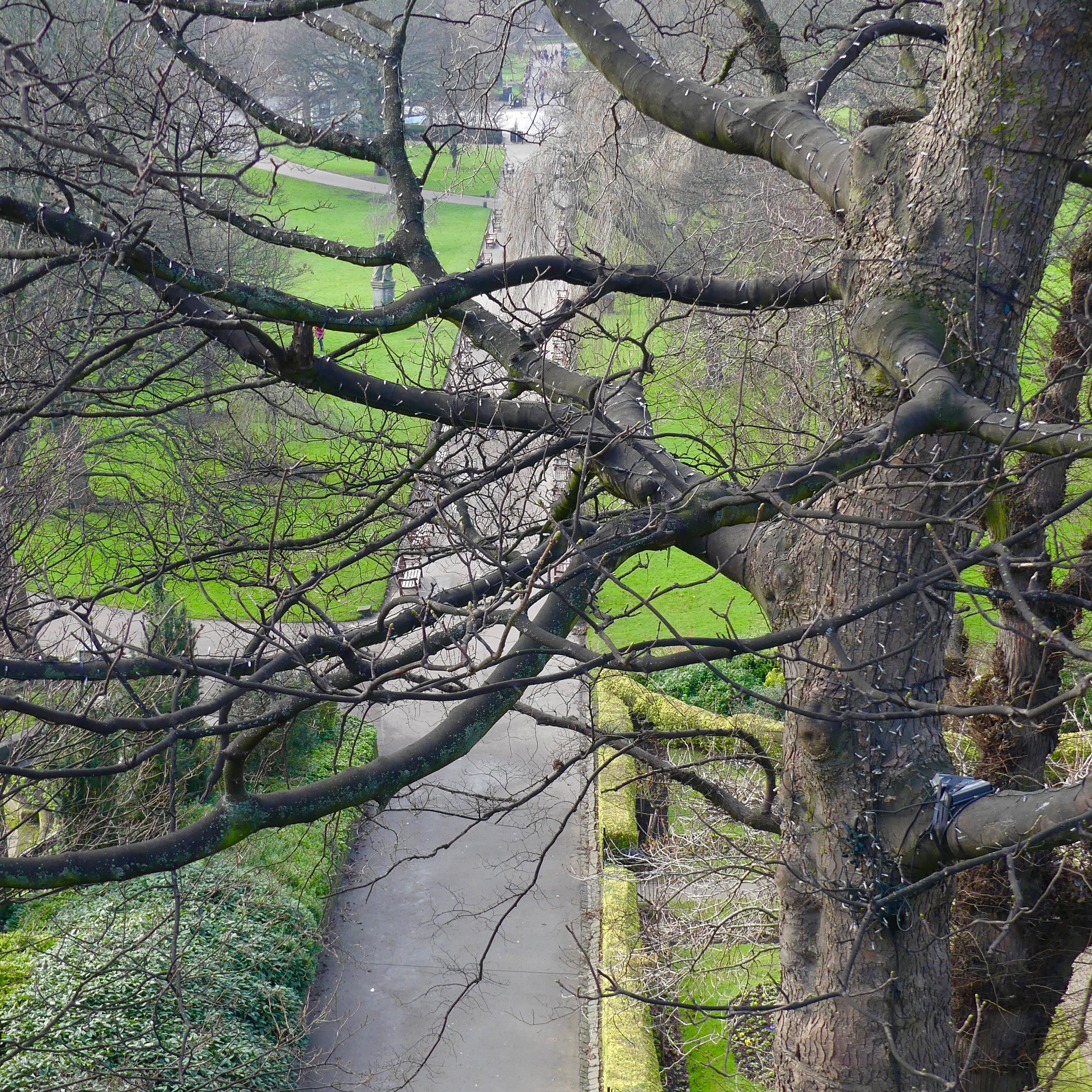 On Monday, Spurtle sought clarification, and this morning we received the following statement from Cllr Wilson:

The Quaich Project is a partnership between Council and the Ross Development Trust working together to deliver the next chapter in one of Edinburgh’s most famous locations.

The project is in its design development stage, working towards a planning application next year. Residents will have ongoing opportunities to engage with the project, including further public consultation, to shape the future of the plans.

The Council will publish the Business Case next year which will be taken to the relevant Committee. We do not envisage a change to the current amount of ‘major’ events which involve restriction to full access to the gardens. 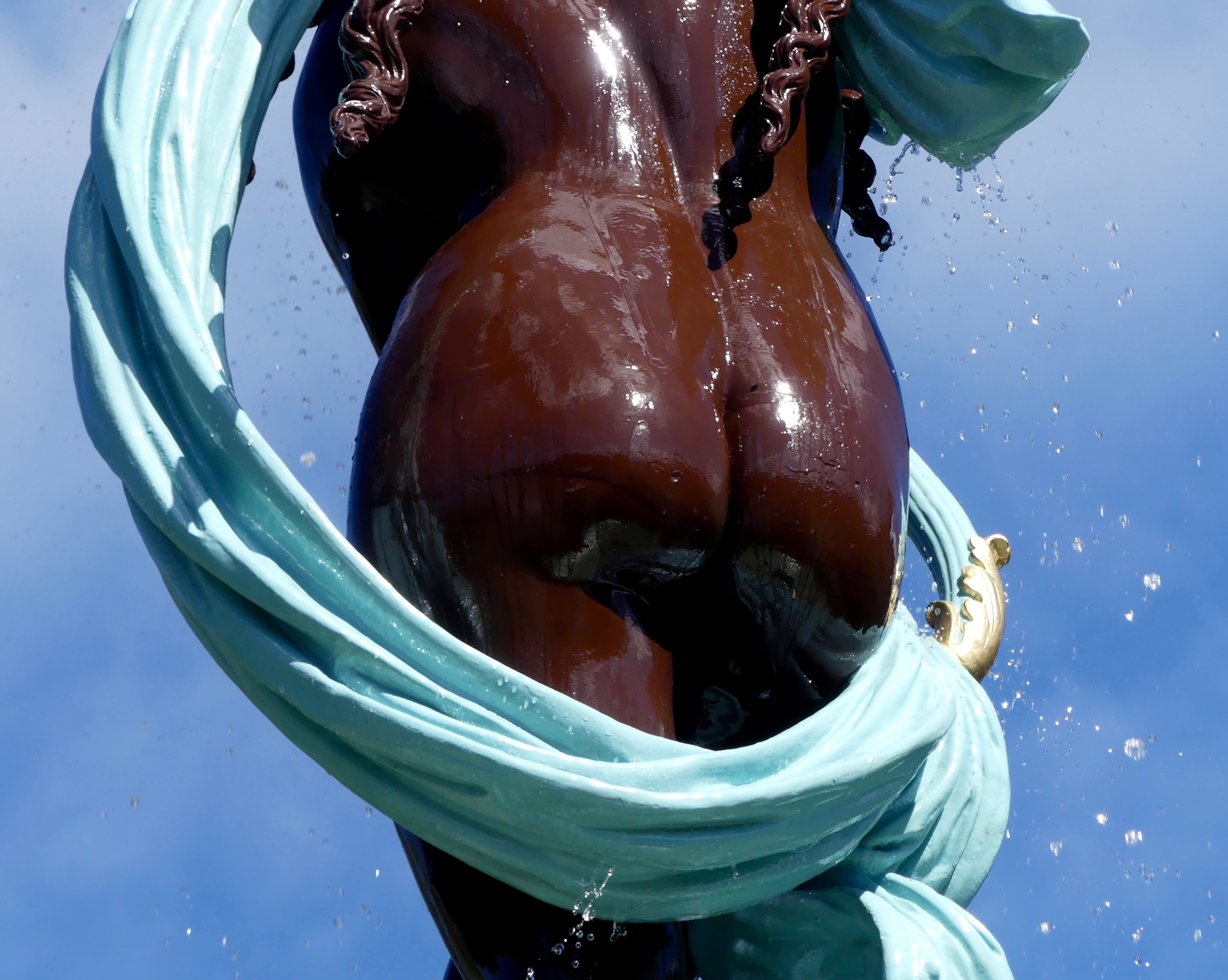 So, should we be worried?

At last night’s New Town and Broughton Community Council, Cllr Claire Miller (Ward 11) observed that any settled events policy will emerge out of the Business Case for West Princes Street Gardens, which is still being drawn up by officials. Cllr Wilson's statement today confirms that.

Obviously, concerned politicians and members of the public will want sufficient time to scrutinise, debate, and shape the Business Case as necessary. It would not be acceptable for it to be pushed through ‘the relevant Committee’ as part of some rubber-stamping exercise. Cllr Wilson’s mention of future consultation and engagement is perhaps too woolly at this stage to offer much comfort.

David Ellis, Managing Director of the Quaich Project, was also present at last night’s NTBCC meeting. He stated that no planning application for the new bandstand and its surrounds would be submitted without an agreed Business Case being in place. Furthermore, he told Spurtle that CEC’s Executive Director of Place has assured him no radical increase in the number of major events is proposed. This is confirmed in today's statement from Cllr Wilson.

Ellis reaffirmed that the intention is not for year-round major open-air pop concerts, but for a rolling programme of very much smaller events, many of them indoors and community-oriented. A Council source confirmed this morning that it was these kind of smaller events to which Cllr Wilson had referred.

Now, there are widespread and legitimate concerns about how Edinburgh’s parks and civic spaces are currently being monetised. We share those concerns, and would prefer major outdoor events in West Princes Street Gardens to be capped in line with public opinion (see below).

However, in advancing that case, we advise against hastening to outrage on the basis of that one article in the Scotsman. There may be battles ahead over the events management of West Princes Street Gardens, but for now we shouldn’t waste our energy fighting shadows. 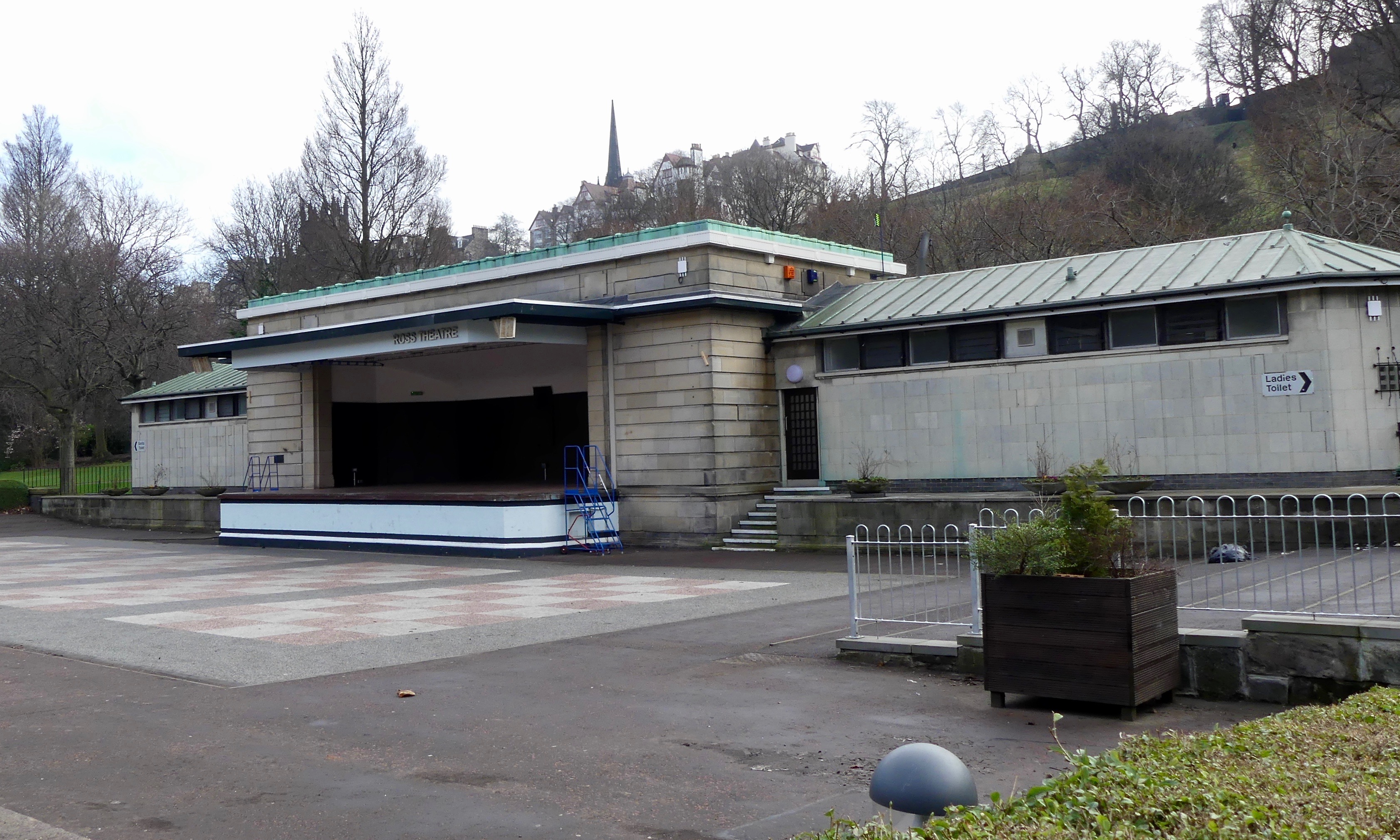 Background to the controversy

A public consultation on the future of West Princes Street Gardens in 2018 drew two major conclusions.

First, there was insufficient support for an arm’s length external organisation (ALEO) management structure. Instead, governance of the Gardens should stay with the Council.

Second, major events (large-scale ticketed events requiring the building of infrastructure, featuring high audience numbers and resulting disruption or impact on the Gardens) should be capped at five per year.

In a report to the Transport & Environment Committee in October 2018 (see pdf at foot of page), it was recommended that ‘[The Council's own] Parks Manifesto commitment on the number and scale of events in the gardens be honoured. This will be detailed in the revised DA [development agreement].’ Responsibility for programming would be taken by the Council‘s Cultural Venues team.

Concerns following this weekend’s Scotsman article mainly focused on suspicions that some within the Council mean to ignore these undertakings. Cllr Wilson’s statement appears to allay such doubts.

How Spurtle has reported the Bandstand events story so far

On 17 February 2017, shortly after the launch of a design competition for a new Ross bandstand, Spurtle wrote of the proposals:

Imaginatively designed in sympathy with their surroundings, they could improve this civic amenity. Spurtle is not against a better performance space here.

The ‘danger’ lies in the scale at which these proposals are realised and the extent to which they are then used or over-used afterwards.

If Events here could be restricted to current levels during the day, thus minimising their impact on peaceful uses and enjoyment, we would have fewer qualms.

However, at this stage, we’re very doubtful the Council could resist the temptation to grow footfall and maximise revenue. With an extra 5,000 people repeatedly standing on the same areas of grass at the same time, the likely result would be not only less garden in the truest sense, but substantially more mud for city residents to endure.

On 13 March 2017, at a public meeting  hosted by the Cockburn Association, the Ross Development Trust’s David Ellis went into more detail.

Caroline Roussot, covering the event for the Spurtle, still had doubts:

To this correspondent’s mind, observers would have greater confidence in the proposals if RDT could address clearly the following issues:

Unfortunately, such assurances still left me feeling uneasy. How will small-scale restrictions be enshrined contractually? Why is such major infrastructure required at all for such occasional use?

As reported by us on 21 March 2018,  the last time an Evening News/Scotsman article exploded under the Quaich Project was on 17 March 2018: ‘New firm poised to control half of Princes St Gardens’.

That Evening News piece was widely criticised as ‘inaccurate’ and the cause of ‘appalling misunderstandings’.

Spurtle understands from a reliable source that this translates as potential donors do not want to see a premium project to which they have contributed subsequently run on a shoestring by politicians and officials financially impelled to extract maximum profit for minimum outlay.

In conclusion, we noted:

Clear rules about who sits on the ALEO’s board are vital. Nobody wants Council stooges like Marketing Edinburgh or footfall-at-any-price entities such as Business Improvement Districts outnumbering or outgunning more locally accountable representatives.

If a fair, balanced, and self-confident board with a clear sense of its priorities could be established, then the ALEO could act as an effective guarantor of the Gardens’ upkeep, and a brake on inappropriate overuse.

Spurtle suspects it would certainly offer a more reliable brake than we could hope for if the venue were run exclusively by City of Edinburgh Council. 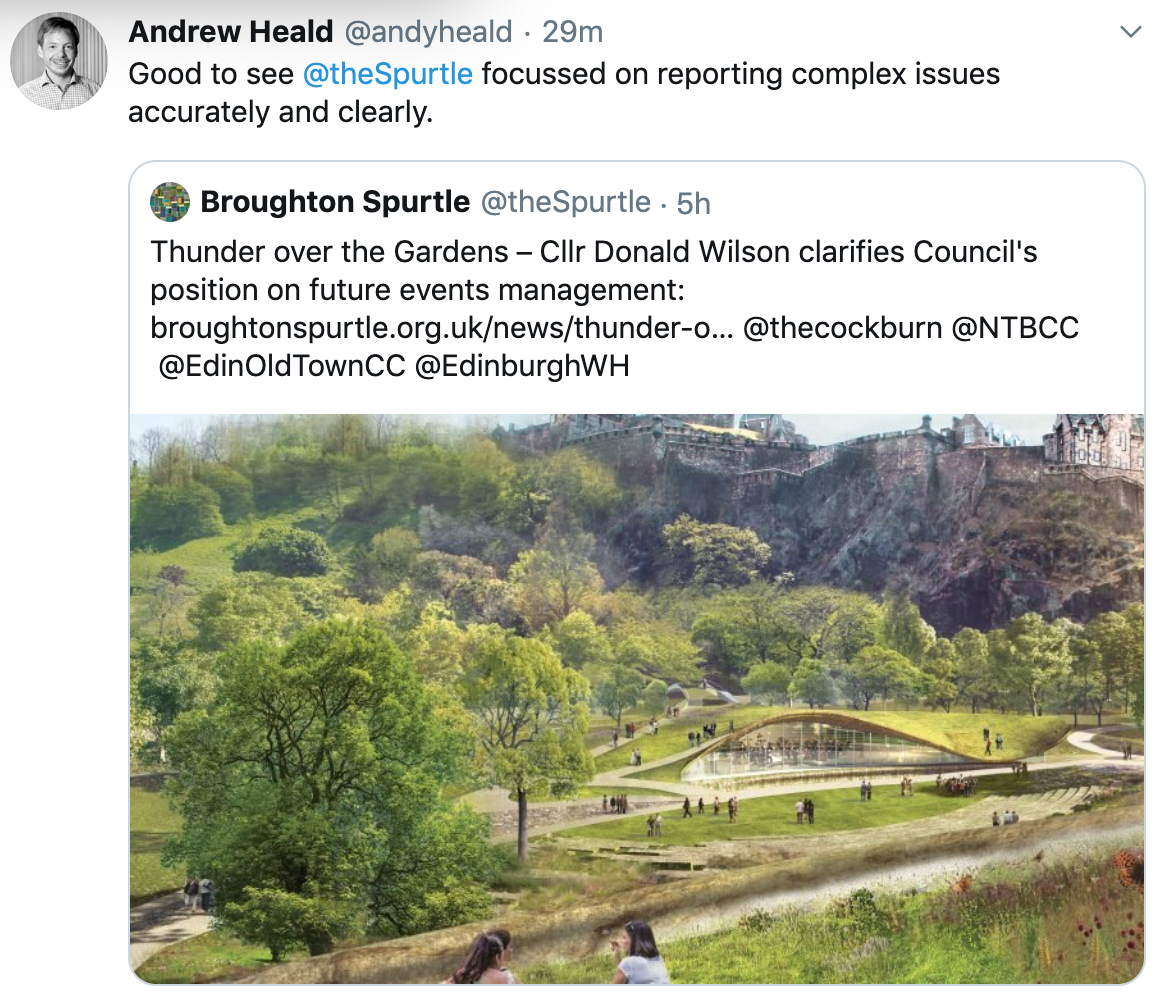