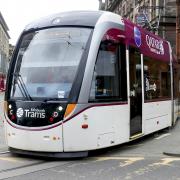 Open to the public, this was not a meeting to discuss the principle of extending the tramway from York Place to Newhaven. The aim was instead to gather sufficient facts for LCCC to assemble an informed, ‘constructive and relevant’ consultation response to the design proposal at a later date.

As such, it worked admirably. Firm chairmanship, short, focused and orderly questions, and pithy replies helped the meeting cover a lot of ground (approximately 1,317 metres) in considerable detail.

LCCC will produce a full account of the meeting shortly, to which Spurtle will steer readers in due course.

Below, we summarise only those Q&As strictly relevant to the Broughton section of the proposed line from London Road to Pilrig Street. (The Picardy Place section is being managed separately by the Edinburgh St James developers.)

Present for the Tram Team were:

Question 1: How will the present bus interchange at Elm Row be replicated during construction?

Tram Team response: All city-bound services/number of stops will be maintained. North-bound services will be diverted via: (a) Easter Road; (b) Broughton Street/Bonnington Road. Lothian Buses are still working on plans and further discussions will take place.

Question 2: How many communal bins are in this section at the moment? How many bins, and where, will there be during construction?

Tram Team response: We’ll have to get back to you about that. We’re in dialogue with Waste Team.

Follow-up from Harald Tobermann (LCCC Vice Chair): Locals are keen to receive a very prompt answer to this question.

Question 3: With the majority of Elm Row shops (north of Montgomery Street) on the east side, why are the [proposed] parking and loading bays on the west side (Haddington Place), forcing shoppers and suppliers to cross the central reservation?

Tram Team response: Our big concern was to protect the traffic filter. However, we can look at this again.

Question 4: Cycle lanes are drawn at sharp and inconsistent angles around bins, some bus stops and at Montgomery Street. Is this deliberate or was this overlooked when preparing tender drawings?

Tram Team response: We have to put our hands up and admit that this was an error. The tender document will be corrected. 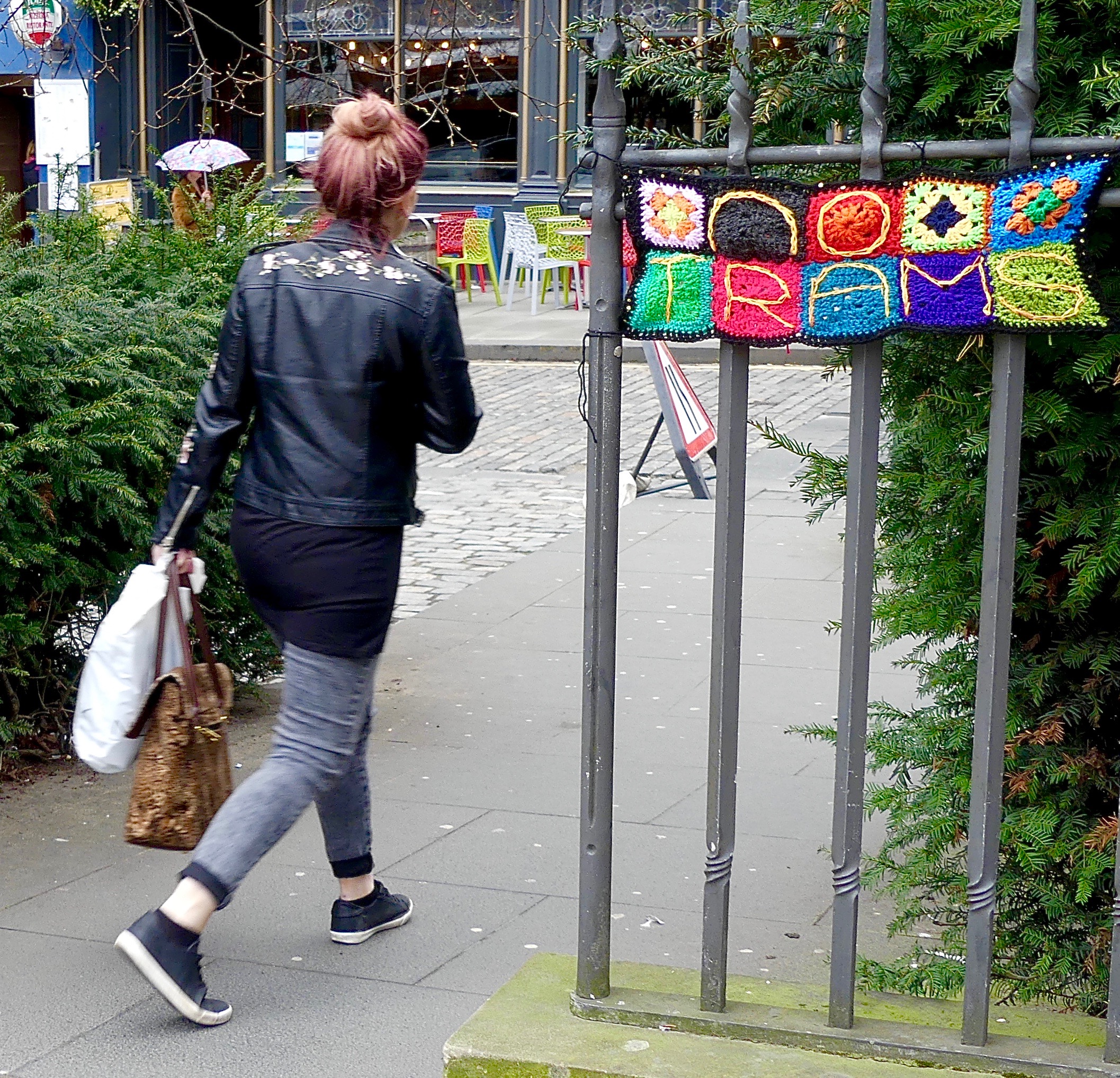 Question 5: Why are the existing trees on Elm Row to be cut down and replaced?

Tram Team response: It’s necessary because their current position does not fit with the proposed new public realm. They will be replaced like for like. The size and proportion of tree pits will stay the same. The new trees will be planted, not potted. The maintenance regime for new trees will become the responsibility of City of Edinburgh Council.

Question 6: [Inaudible to the Spurtle.]

Question 7: Where are the loading bays for the three supermarkets and smaller grocers [between McDonald Road and Pilrig Street] during construction?

Question 8: Will the Shrub Place site contractor, whose site is shown as vacant on your plans, be required access from Leith Walk during tram construction? How exactly will this be managed? Who will be responsible for any delays that may arise from potential conflicts between tram and site contractor’s priorities?

Tram Team response: We will be in touch with contractor to understand the interface. The developer must maintain access.

Follow-up question: In the event of conflict, will you invoke the Tram Act to prioritise trams?

Tram Team response: I haven’t heard of the Tram Act being used in that way. We would try to negotiate a solution. Can assure you that careful pre-planning and discussions with relevant parties are already underway, including with utility companies. Only emergency gas repairs would have a right to interrupt progress. 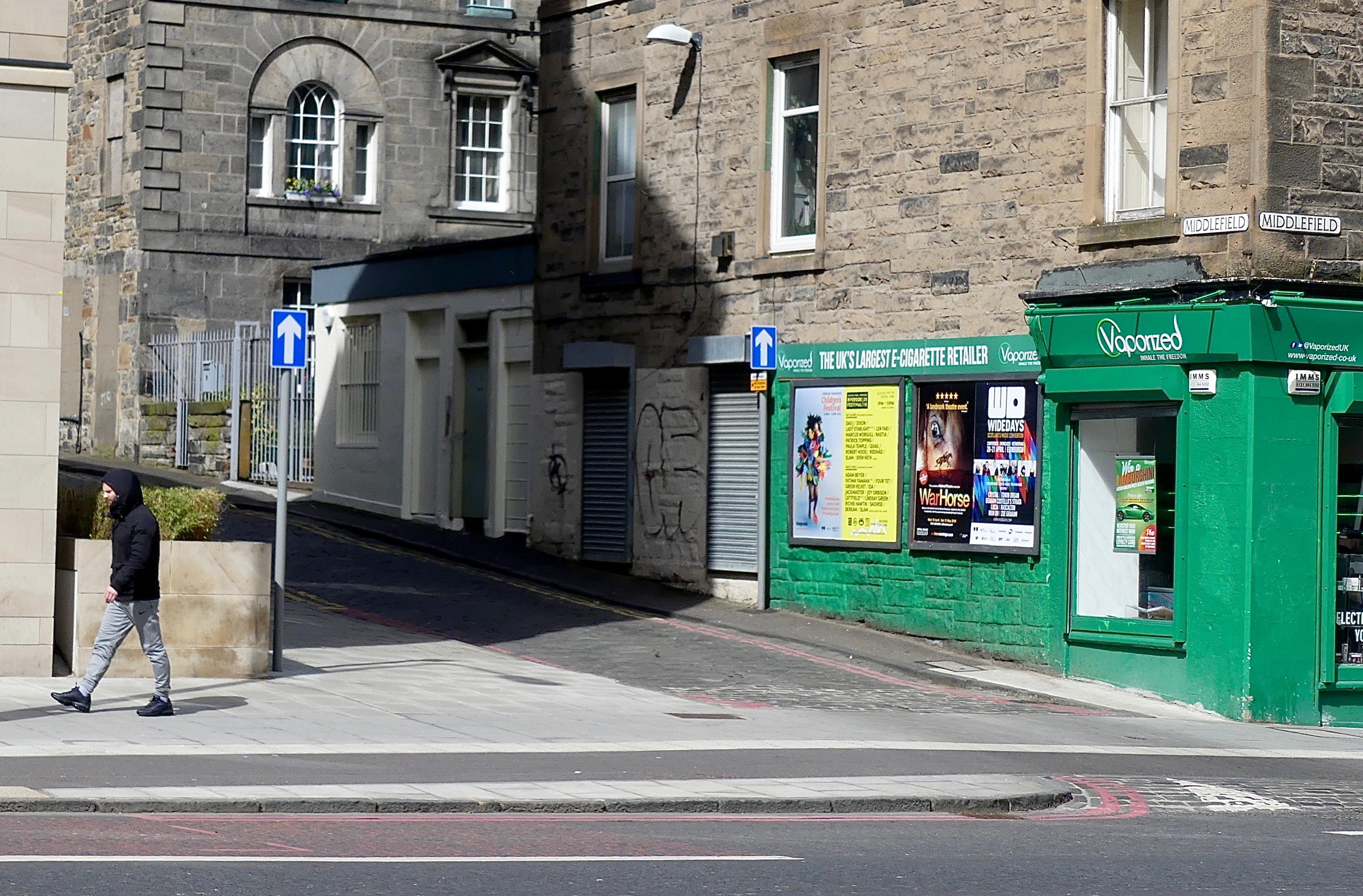 Question 9: There are no pedestrian crossings at Albert Street and Middlefield? Can this be described as pedestrian friendly? How will bicycles travelling west from Easter Road along Albert Street get into Pilrig Street?

Tram Team response: A very strong view that has emerged from public consultations so far is that there are insufficient pedestrian crossings. We will look again at this, but cannot specify a solution at this stage.

Question 10: The advanced bike stop line at McDonald Road is shown across tram tracks. Is this deliberate or was this overlooked when preparing tender drawings?

Tram Team response: The current two-stage turn will be retained. The angle across tram tracks for more confident riders (less than 60º) will be addressed. Tram Team will listen if members of the public, or the Active Planning Team, have a better solution.

Question 11: Where are the communal bins at Scotmid and Middlefield? How will Scotmid logistics be managed?

Tram Team response: We will consult the public and Scotmid further about this, and take feedback. We don’t have a final answer at this stage.

Tram Team response: You highlight concerns. We’ll go back and seek solutions. But we don’t have all the answers … we’re open to suggestions.

Question 12: We have a blind member of this community council. Will you be sure to integrate accessibility issues into your plans early, and avoid having to make retro-revisions later?

Tram Team response: We’re happy to do so. In fact, we’re meeting representatives from the RNIB next week.

Question 13: Will there be temporary closures of McDonald Road and Pilrig Street?

Tram Team response: Yes, but not at the same time. Pilrig Street will be closed for two months during the time it takes for construction work to cross the junction. [We think it was mentioned that McDonald Road will be closed for longer than this.] 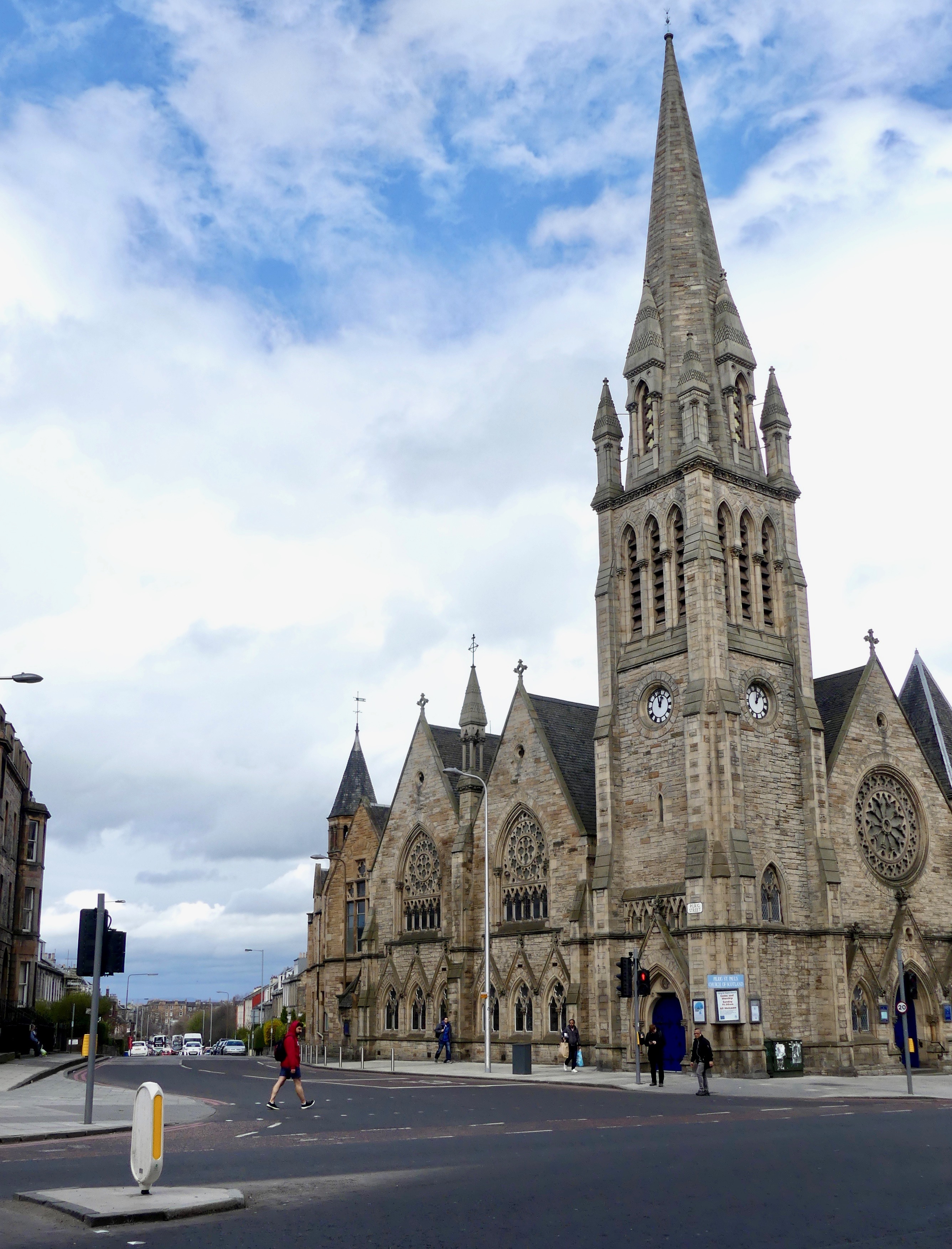 MORE TO COME, GETTING INVOLVED

At this point, the meeting moved on to issues concerning mythical realms north of Pilrig Street and Spurtle adjourned. An accurate transcription of these and all the other questions and answers will appear soon on Leith Central Community Council’s website, and we’ll provide links to them when they do.

This was an interesting and well-run public meeting, notable in part for how much of the plans is still unresolved and open to negotiation.

In Spurtle’s opinion, a final decision in favour of pressing ahead with the tram extension will almost certainly be made this autumn. We see little opportunity for the public to affect that decision one way or the other.

However, tweaks and improvements to the current tramway proposals are very much achievable, and we advise all readers to have their say by letter or HERE.

UPDATE (25.4.18): The Tram Team's transcription of their responses to LCCC questions is now available at the foot of this page. 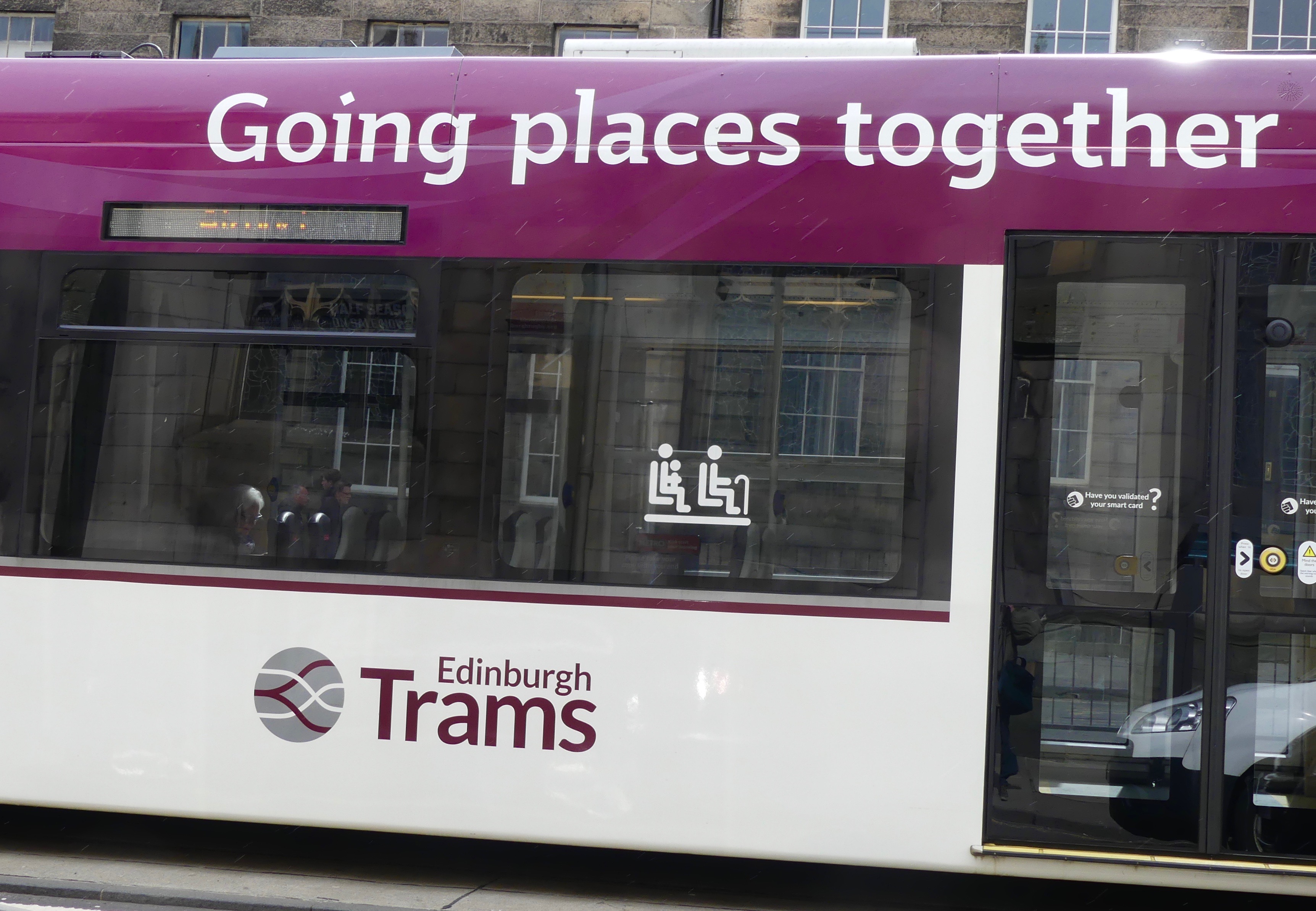 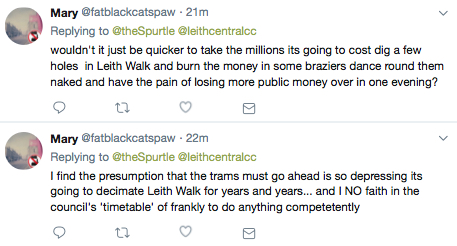 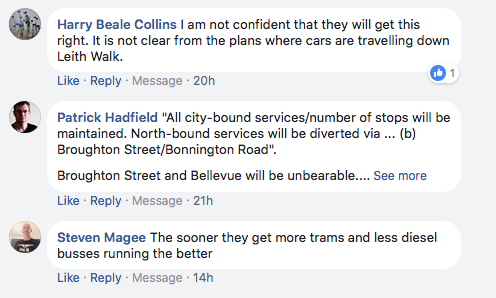