Readers must be weary of the constant recycling of stories about, er, recycling, but it seems to be an issue that just won't go away.

According to Edinburgh Council's latest recycling guide, kerbside recycling containers in India Street were due for collection on Friday 26 February. But here they are lined up in the early spring sunshine on Sunday 28 February … 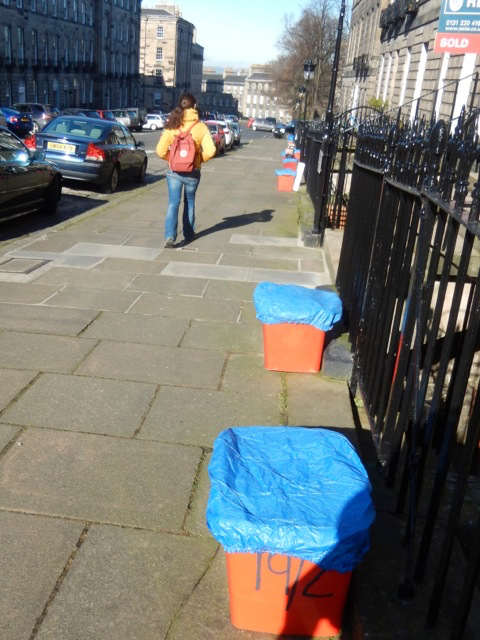 … and they were still out on the pavements on Monday afternoon, 29 February! 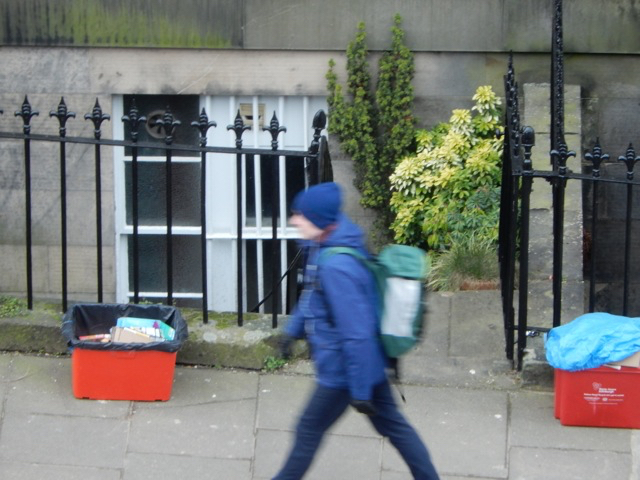 Presumably, other city centre streets are on the waiting list, too.

With her wide range of responsibilities, Councillor Hinds seems to be 'committed' to so many things (see below) that readers might like to monitor her lavish use of the 'c'-word.  Perhaps Spurtle could start a new feature - Commitment Watch - highlighting the best examples each month?

PS: The recycling lorry eventually came round on Monday evening, just three days late. But I'm sure they're committed to being on time next month.

‘We know there is pressure on Edinburgh businesses and we are committed to various initiatives that will support them.’

‘Today, Cllr Hinds said that as the major shareholder the council was “fully committed” to developing Edinburgh’s public transport system.’

‘[Lesley] is committed to leading the Edible Edinburgh partnership as it spearheads the changes needed to make our city a sustainable food city.’

Lesley Hinds on recycling in Edinburgh:

‘The council is committed to setting a recycling standard in Scotland ….’

‘Transport Convener and Chair of Transport for Edinburgh, Cllr Lesley Hinds, said, “We are committed to providing accessible travel for everyone in Edinburgh.”’

'Environment Convener Lesley Hinds says: 'We are committed to maintaining the balance between a quality, sustainable events programme and the needs of residents and groups who make regular use of our parks and green spaces …".