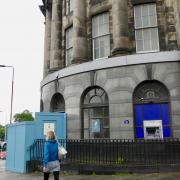 Meet Hugh Topping, the person in charge of overseeing the conversion of a Category A-listed Swiss cheese at Blenheim Place into Edinburgh’s newest bookshop.

The family-run firm of Topping & Company Booksellers was founded in 2002.

It already had branches in Bath, Ely, and St Andrews, and had been looking for appropriate premises in Edinburgh for some time, when the chance came up last year to lease Nos 2–3A Blenheim Place. 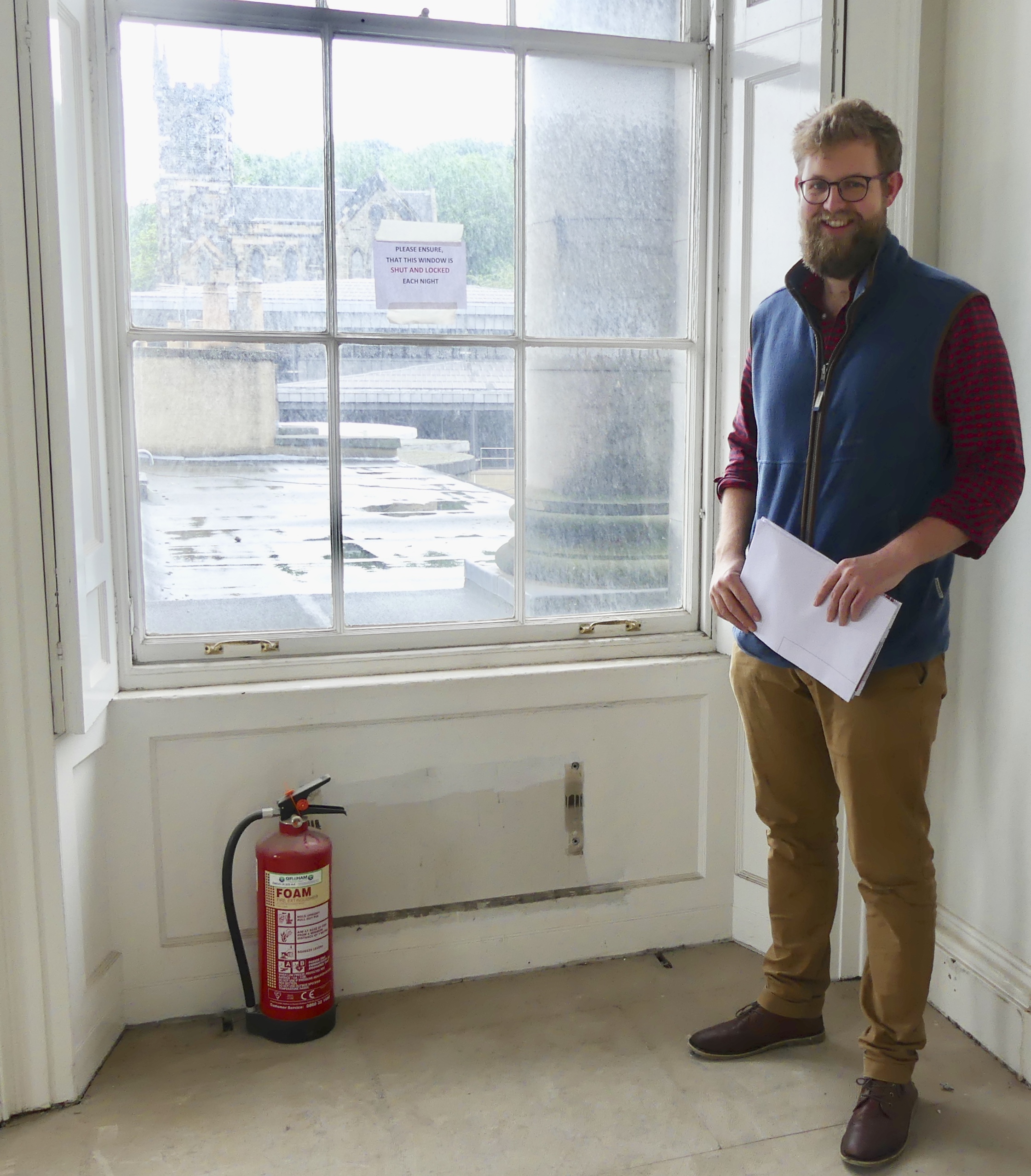 With good footfall, excellent public transport links, and an expanding East End retail presence, this was clearly an attractive opportunity, and a bit of a step change. Blenheim Place will – in terms of publicly accessible floor space – be more than twice the size of any other Topping outlet.

For those who ever visited the former Royal Bank of Scotland here at ground-floor level, the same space without counter, screens, suspended ceiling, and the nibbling anxiety of explaining one’s finances is something of a revelation. Topping will encase the central column, redesign the staircase, and install a wheelchair-accessible lift. 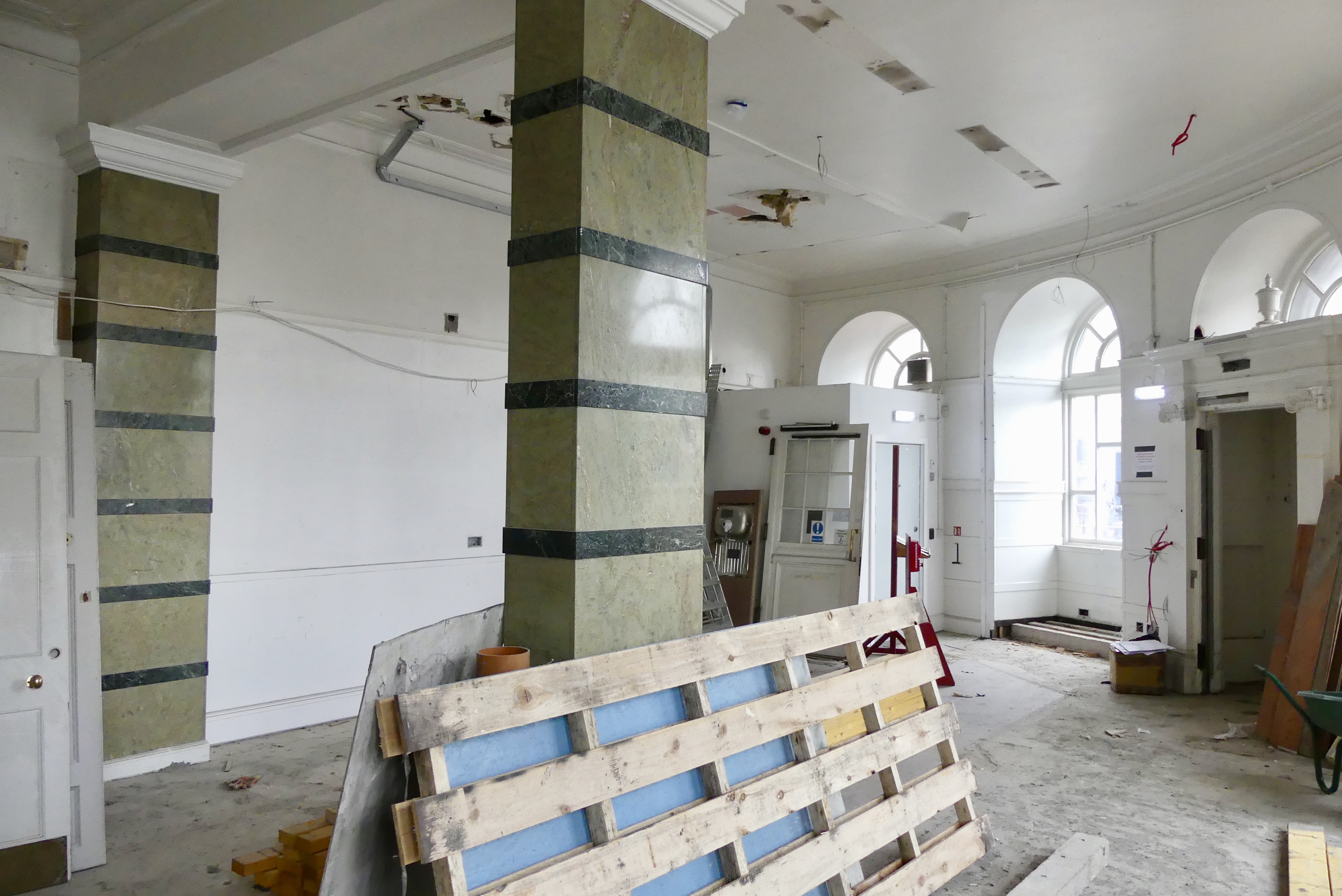 But even more amazing is the first floor. It is perhaps seven or eight times larger than the one below; a succession of large, open, airy rooms full of holes leading in every direction, including down … 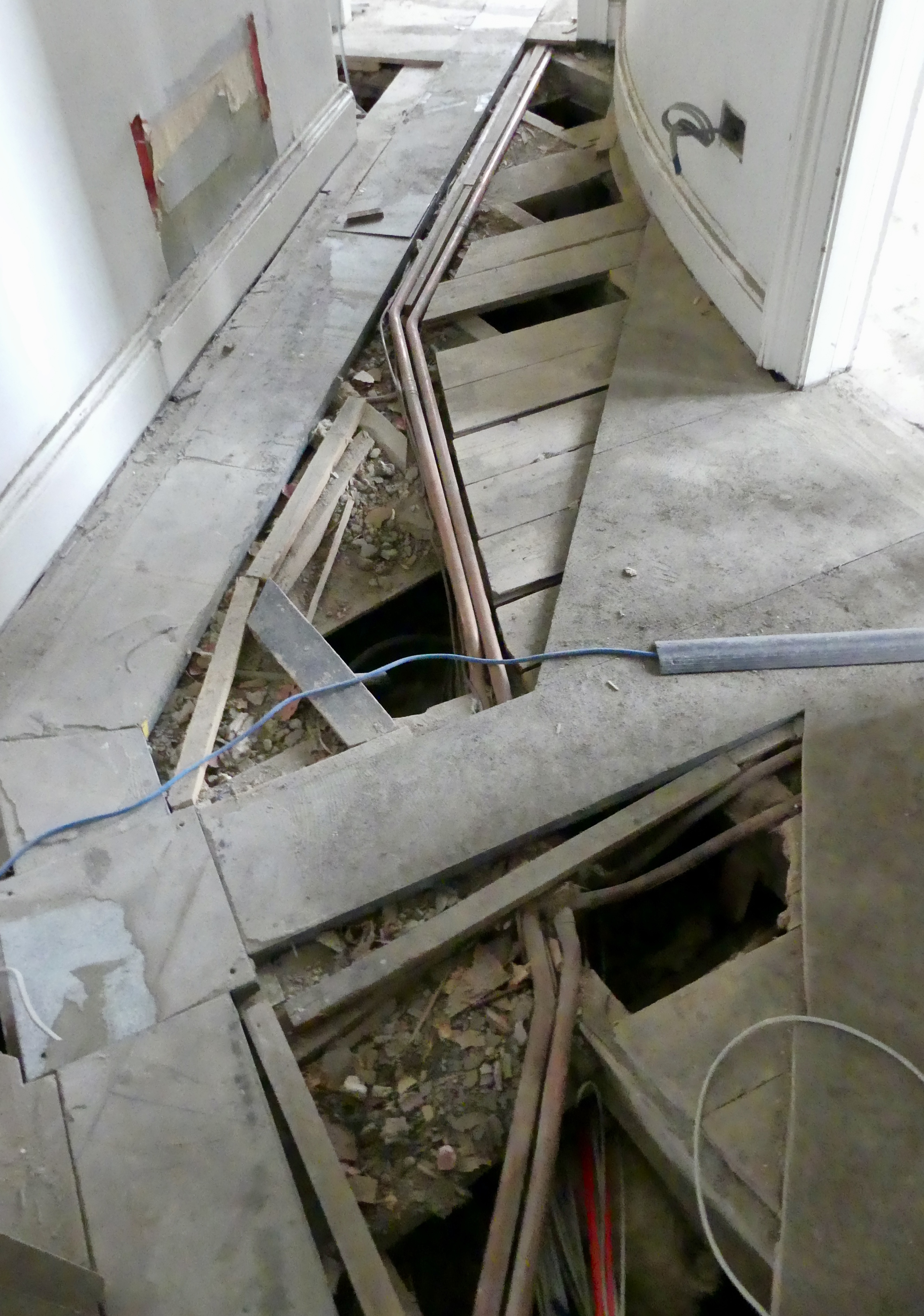 ‘The electricians are in at the moment,’ says Hugh, adding confidently but with a slightly wild glint in his eye, ‘Once they’re gone, everything else will progress very quickly.’

Points that attracted Spurtle’s attention on yesterday’s nosey were what will be the generously proportioned Children’s Department (‘We believe in nurturing the next generation of readers,’ says Hugh); a hall, on either side of whose central arch will be probably the UK’s largest selection of hard-cover fiction … 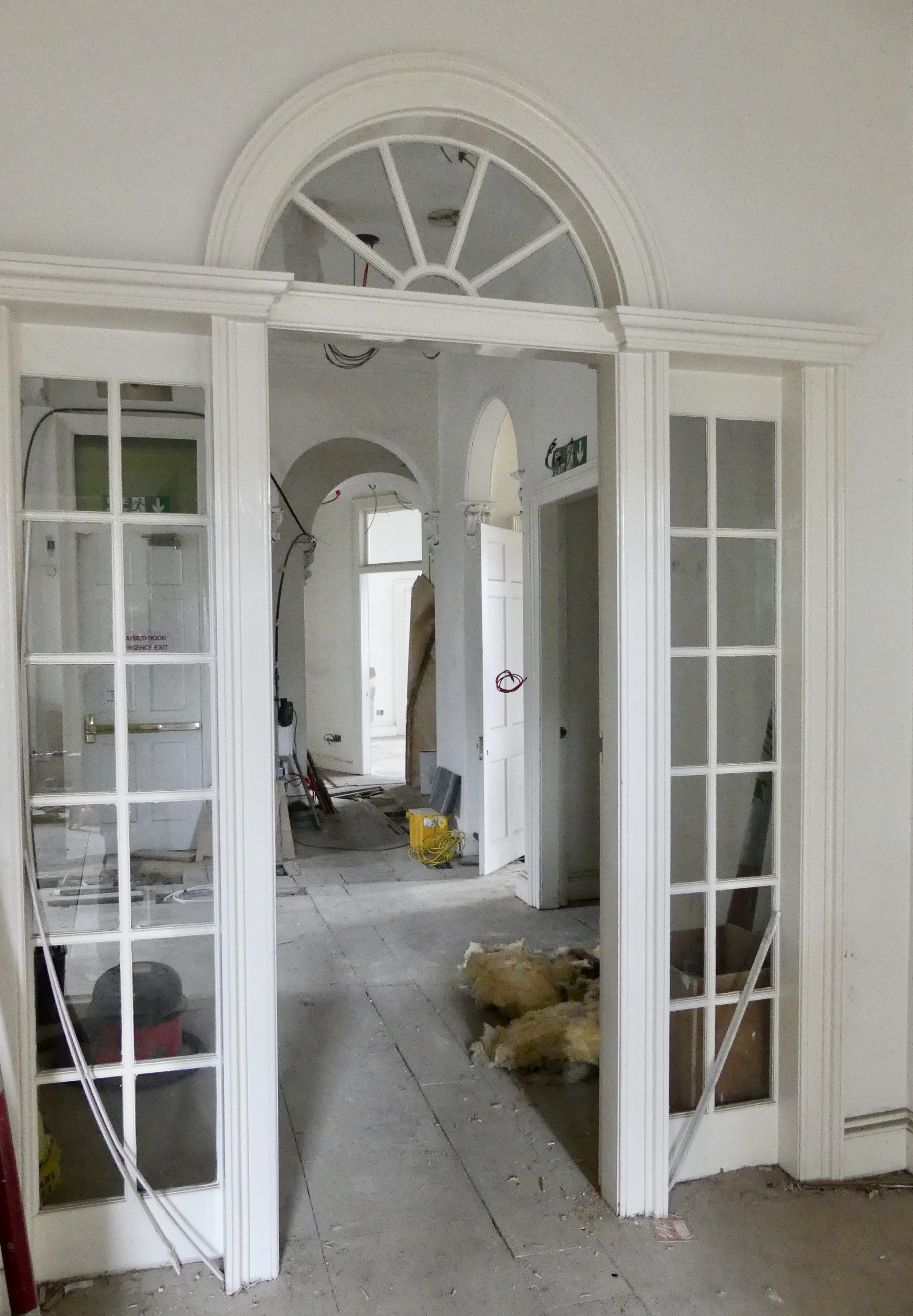 and a front-facing paperback-fiction room capable of seating around 50 people for events. (Larger events will take place up the hill in Greenside Church.) 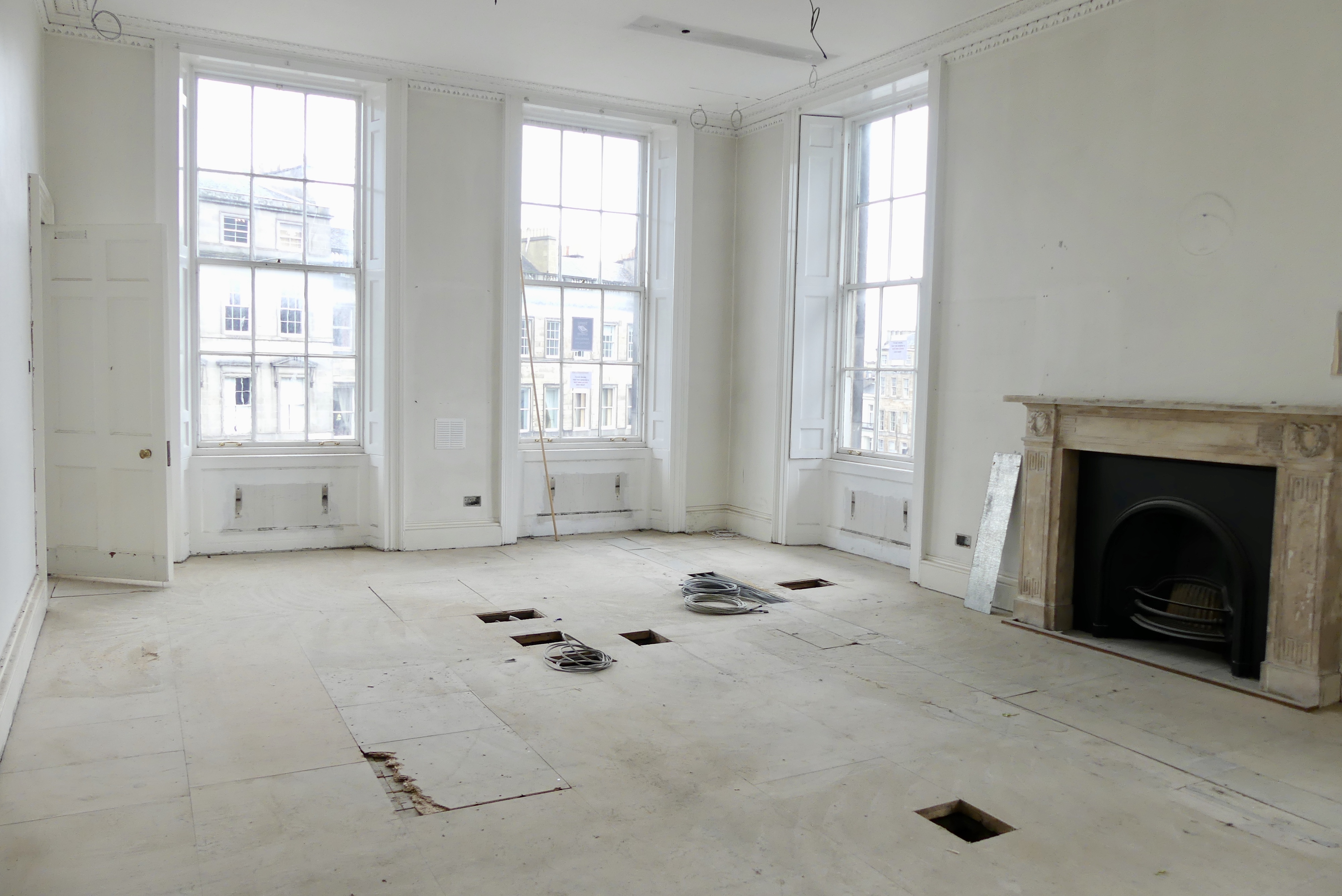 Staff and storage will eventually be housed downstairs in the basement, an area that formerly housed the vaults and wasn’t open to inspection during our visit. For floor plans, follow the first link HERE.

For such an old building surrounded by traffic, in such a superficial state of disrepair, the structure at Nos 2–3A has a remarkable solidity, quiet and calm about it. Once the stock arrives, it will be positively tranquil.

The first of those 70,000 books will begin finding their way onto custom-built shelves from 1 August. Some staff will be transferred from branches elsewhere to cope, others will be hired from scratch. There’s already a lot of interest from local jobseekers. 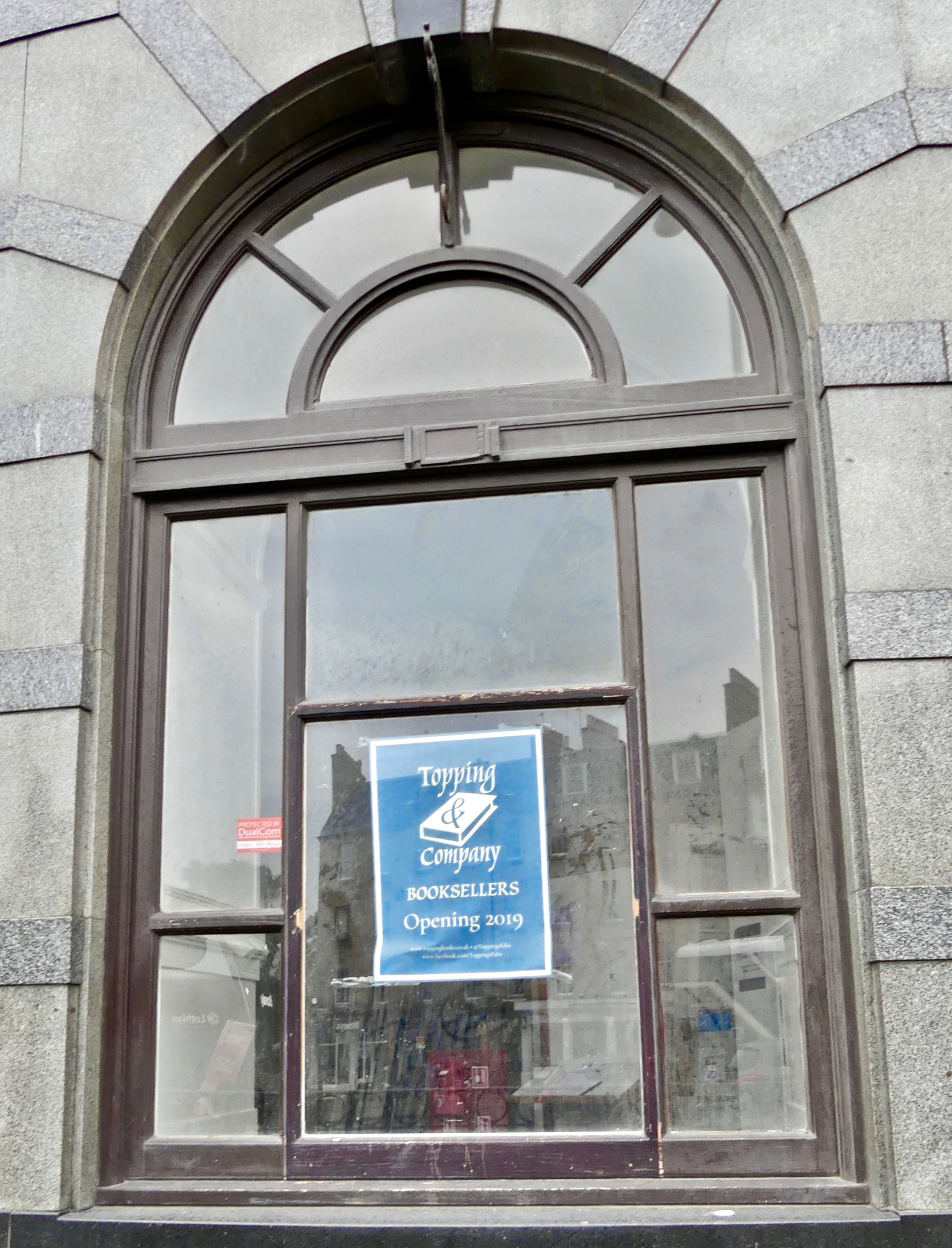 Launch Day is 16 August, with a (bookable) tour, and talk in the evening by Max Hastings on his forthcoming book about the Dambusters.

Now, there are various reasons to be apprehensive about the future of Edinburgh’s East End at the moment, but in Spurtle’s opinion this isn’t one of them. Topping’s presence promises much for the greater Broughton area, and we look forward to its arrival with great optimism and excitement. 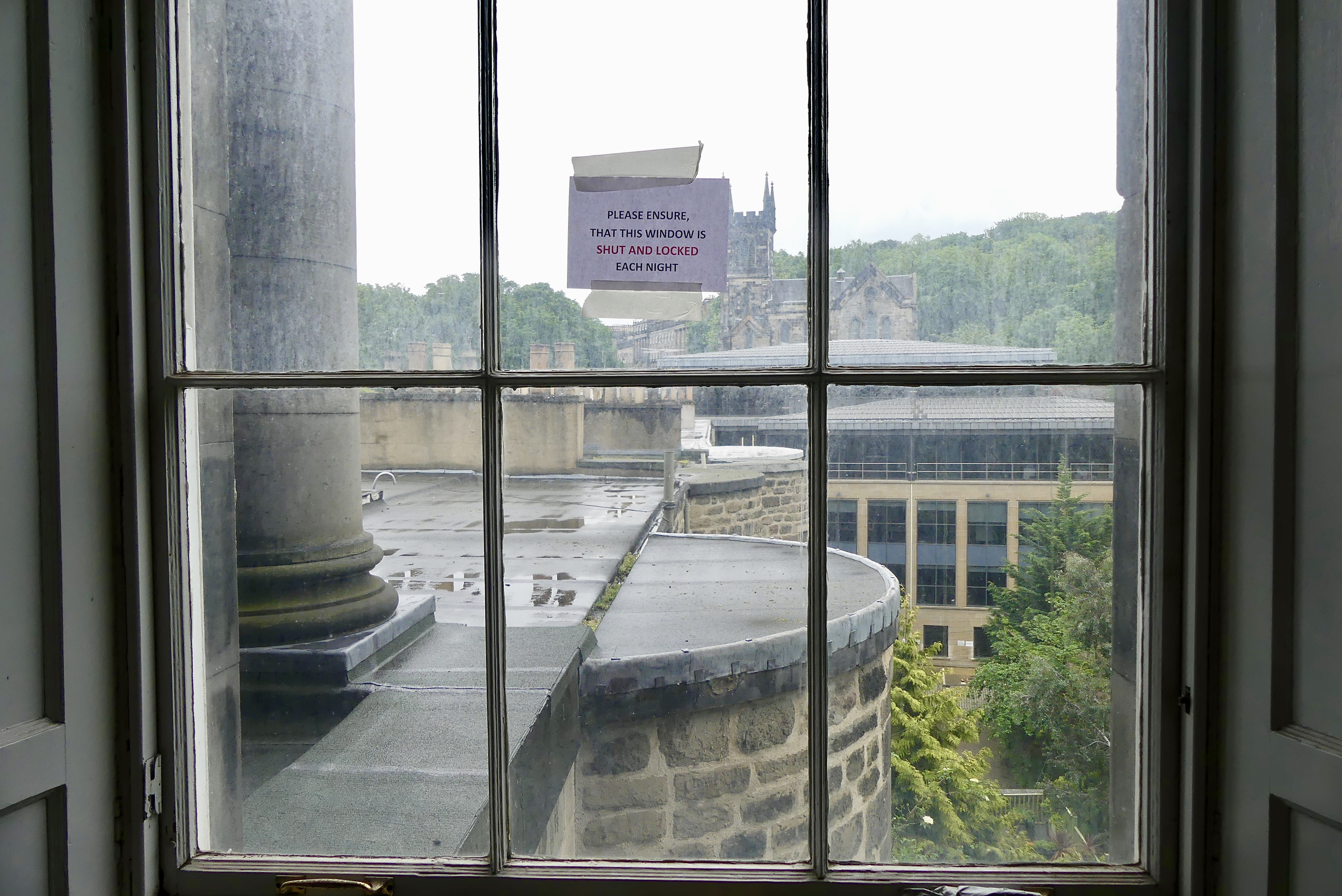 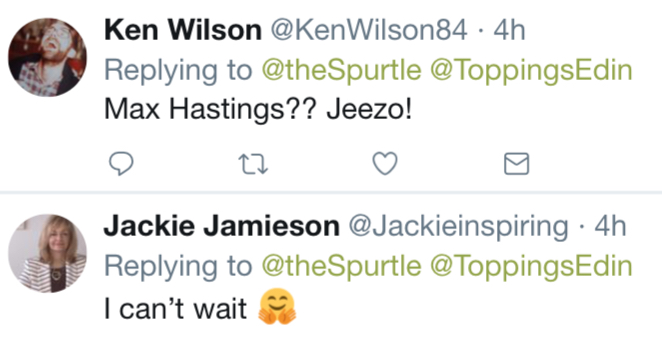 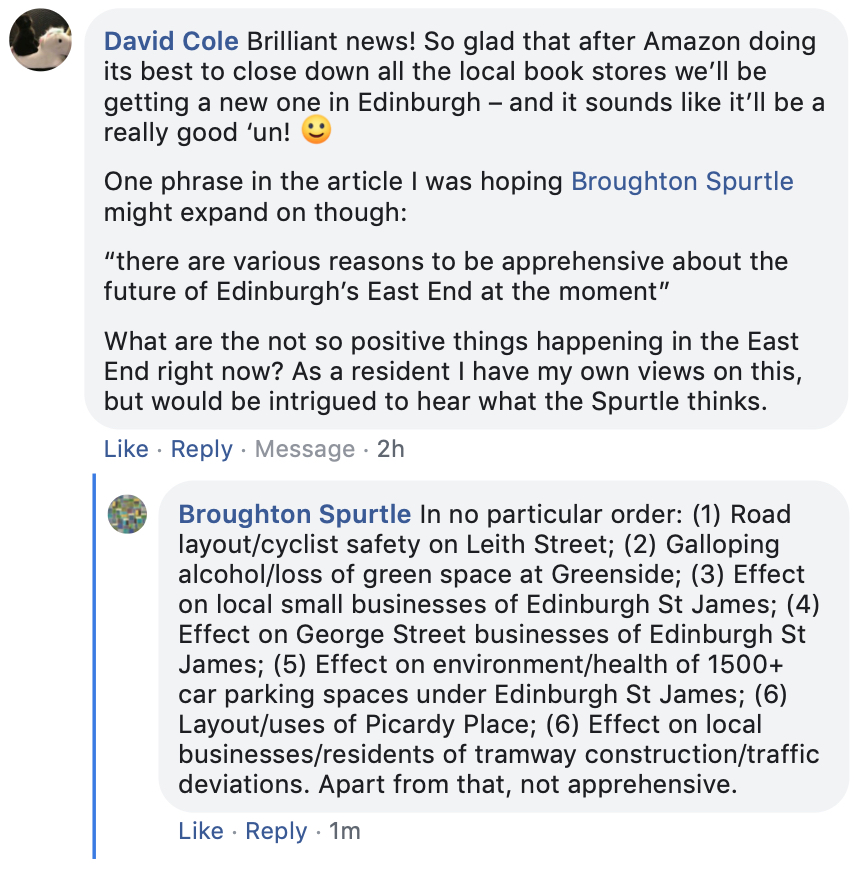 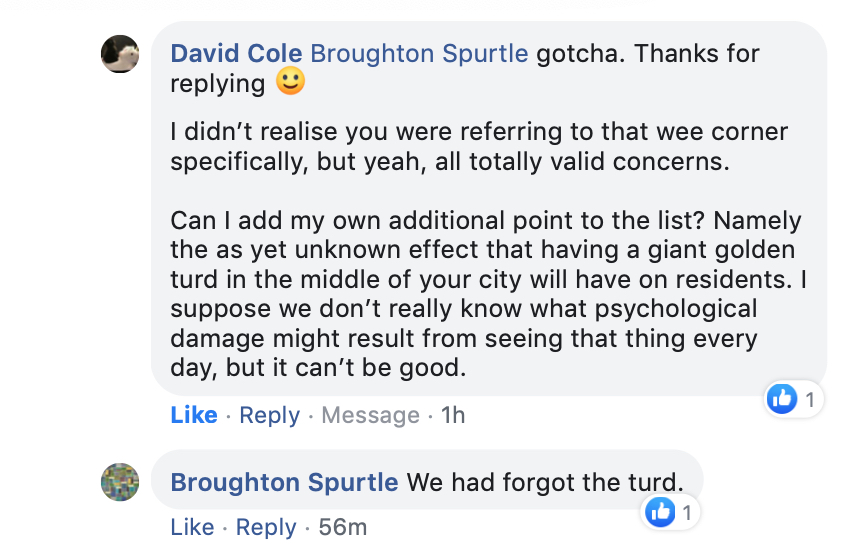 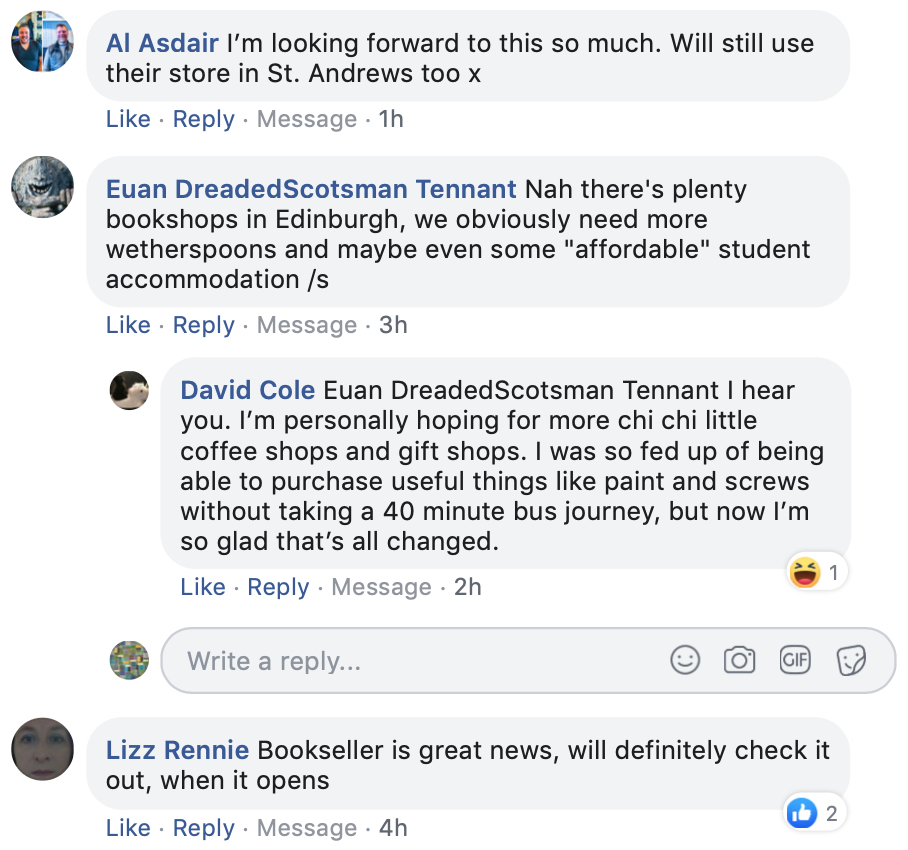