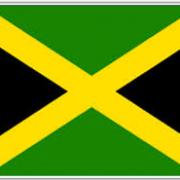 New Broughton is a rural community of around 450 souls in the parish of Westmoreland. Most are fishermen or subsistence farmers.

These pleasant recollections then detailed a further 8 kinds of local fowl, numberless fish, black crab, 5 turtle species, and ‘the entirely gentle and harmless’ manatee, all of which Rampini devoured. Jamaicans, he noted without irony, described a wild fig’s parasitic destruction of a cotton tree as ‘the Scotchman hugging the Creole to death’.

108 children attend 5 classes at the primary school, with an attendance rate of 87%.

Despite frequent power cuts and serious poverty, locals boast that ‘no crime has ever been committed here’. However, the New Broughton Sunset Rehabilitation & Correctional Facility caters for harmless old criminals from all over Jamaica aged 54+. They grow food for locals and ‘tidy and beautify public places’, rather like our own Friends of King George V Park and Broughton Project Group.