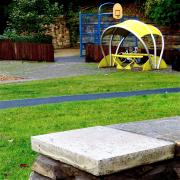 The Council's parks unit, responsible for the recent revamp of the play area in King George V Park, has received a complaint from a resident who believes that the terrace of steps alongside the big slide is a dangerous innovation, writes Judy Conn, Secretary of the Friends of King George V and Scotland Yard Parks.

He quotes a number of building regulations which he says have been infringed, although it would appear that these regulations apply only to buildings and the areas around them, not to a piece of hard landscaping in a park. [Issue 224]

Why the steps at all? A little history may help to answer that ...

Identifying the needs of teenagers

In 2008, members of the local community police set up a working party enlisting two councillors, a Council youth worker, a couple of architects and representatives of the Friends of the Park. The police were concerned to find a way of meeting the needs of teenagers who were gathering aimlessly in and around Broughton in the evenings, creating a nuisance of themselves, being endlessly and fruitlessly moved on.

Money was raised to fund a survey of various local residents’ views, and the young people themselves were canvassed. They complained that they had nowhere to go and nothing to do, and were clear that above all they wanted somewhere safe where they could hang out legitimately. Although sadly run down, the eastern section of KGV Park appeared to offer potential for just that. [Issue 161] 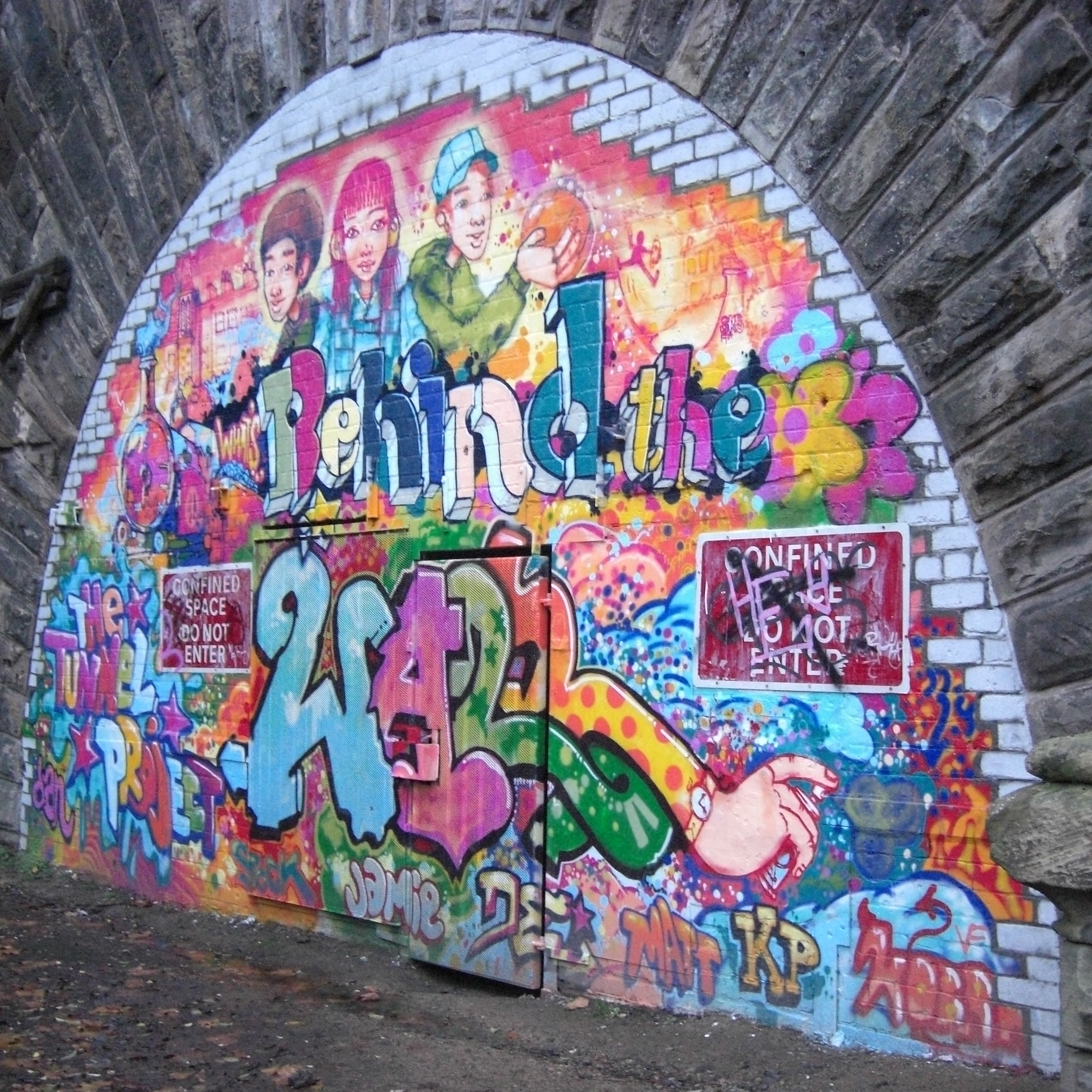 The working party's long-term (and possibly, in the light of the subsequent economic downturn, hopelessly grandiose) ambition was to create a youth centre in the Scotland Street Tunnel, but other improvements came first. The ugly, heavily tagged, and insecure brick infill of the Tunnel was first temporarily decorated by young people (right) and then replaced with a simple metal grille.

Then in 2011 the Friends of the Park initiated use of the park as the site of a youth employment project run by Action for Children and Rathbone UK, which involved 16 young people who were not in education, employment or training. A path was laid, resurfacing of the ground took place, equipment was painted, fencing formed by sleepers was stained, and a concrete table tennis table was installed [Breaking news, 23.8.11].

Extending and modifying the vision

The Council's parks unit staff had been hugely supportive of this project and decided to build on the improvements it had brought about, working in partnership with Edinburgh and Lothians Greenspace Trust. They secured a crucial and substantial grant from Biffa, the waste management firm. While safety is a paramount concern of the specialist play park staff (and this can limit the choice of equipment in the city's parks), they were prepared to listen to the working party and to consider a suggestion which had emerged from the initial research it had undertaken. This was for the creation of a bleachers-style terrace where young people could sit and hang out, and which could perhaps double as seating for performances. [Issue 208]

The architect on the working party who designed it took into account the neighbouring big slide, so popular with small children, and graded the steps so that little ones could use the lower treads as a climbing facility.

The steps were a novel idea and had to be passed by the relevant Council departments, with modifications incorporated as required. Further modifications were required by the contractors and, as a result, while the steps in their current form do not embody the initial vision of the architect or of the working party they do constitute a reasonable working compromise. At every stage, safety was the issue. 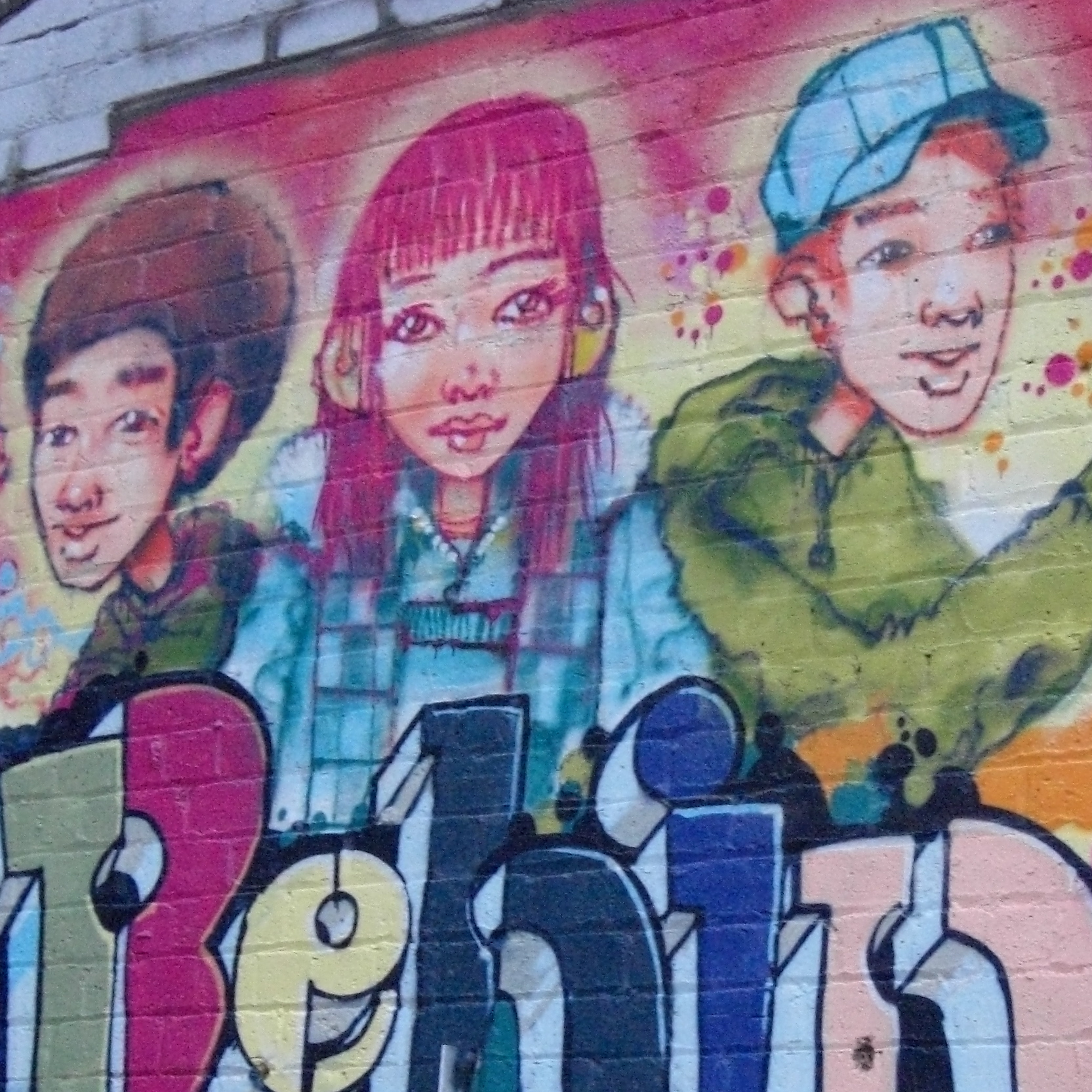 It has to be said that the whole play area in its final manifestation does not conform to the working party's initial vision of meeting the needs of teenagers. However, it is happily meeting the needs of another group which had not hitherto been particularly well catered for – primary-school-age children, who are now there in numbers and clearly enjoying themselves.

While it is unfortunate that the older kids have been disappointed, they do still have the football area, the basketball hoop, the table tennis table, the ever popular swings where they hang out and gossip, and now, of course, the terrace.

The Friends of the Park have picked up only appreciative comments from the younger children and their parents. To quote V (aged 9), the play area is ‘fun’ with the ‘big slide and big steps ... the best bit’.  V has even taken her big sister along to see the improvements. Similarly, for T (aged 8): ‘brilliant’ is the word she used.

[What do you think of King George V Park? How well does it match users’ aspirations, and how safe do you think it is for real-world users outwith the health-and-safety planning bubble? Tell us by email spurtle@hotmail.co.uk on Facebook Broughton Spurtle or Twitter @theSpurtle]