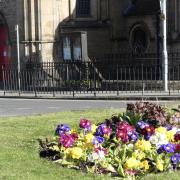 The proposal (one of we-don’t-know-how-many across the city) is a Council-promoted scheme (see pdf at foot of page) which in this instance is of almost genius-level crassitude. 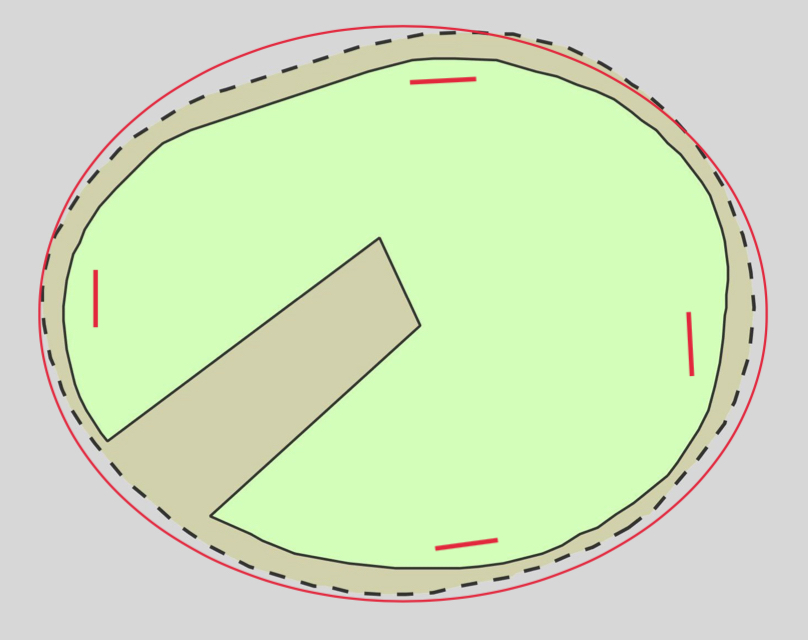 Each mooted addition measures 1200 mm wide x 500 mm high (not including the 450 mm distance from the ground), thus potentially adding to the visual street clutter which Edinburgh World Heritage (p.3) and City of Edinburgh Council's own Street Design Guidance are committed to reducing, whilst simultaneously blocking views of the same planting the University is so proud to support.

Mansfield Place, remember, sits within the New Town Conservation Area, in which ‘controlled vistas and planned views both inward and outward and particularly northwards over the estuary’ are generally held to be a good thing.

Signs are, by their nature, intended to attract attention. Which is a very good reason for not plonking them in the sightlines of motorists and cyclists at one of Broughton's busiest junctions.

The signs – if given the go-ahead – would tell passers-by nothing about the aims and aspirations of the University. They would not explain that institution's reasons for promoting itself here in this way. They would not clarify how much the University paid for the privilege nor how their money was (if at all) locally spent.

In short, whilst they might look a little more upmarket, they'd be no more informative than a teenager's tag in the Rodney Street Tunnel. 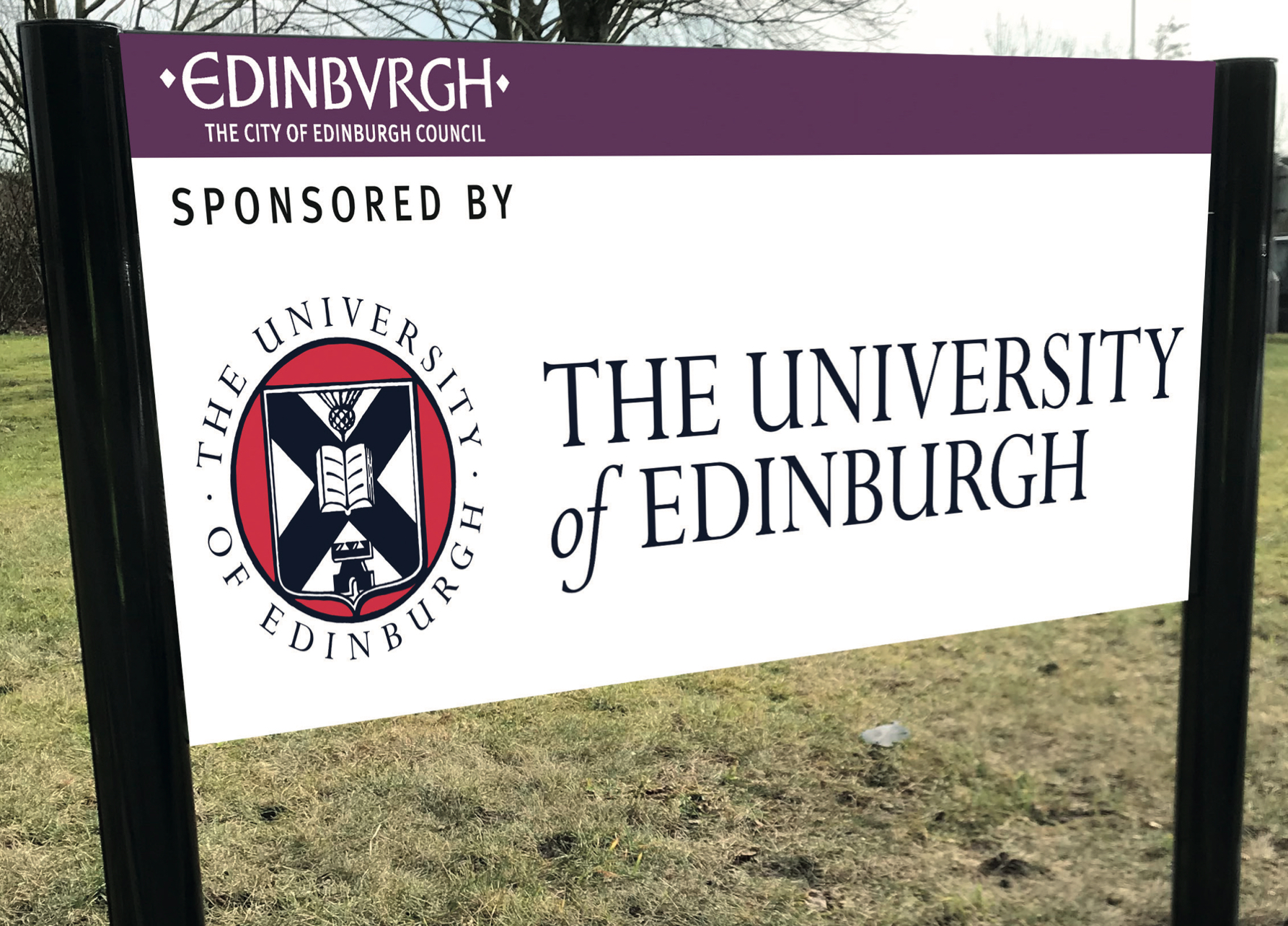 If approved, Spurtle cannot see any way the signs would not reflect badly on all concerned, thoroughly cheese off locals, and attract vandals for the 5-year duration of their presence.

Those minded to object, comment, or write in to the Planning Department with a fulsome letter of support may do so here by Monday 13 July.

This lunchtime we received the following statement from an Edinburgh University spokesperson:

'We recently became aware of a company applying for permission to erect advertising hoardings at multiple roundabouts throughout Edinburgh using the University’s logo.

'The University has no involvement in these applications and they were submitted without our knowledge or permission. We have discussed the matter with the company involved, and they are now exploring how the applications can be changed.'

The spokesman says Edinburgh University has no plans to place sponsorship or advertising on any Edinburgh roundabout.

In many ways, though, the name of the 'sponsor' strikes us as irrelevant. Advertising is wrong in principle at this site.

Messages appearing above the line of asterisks below were sent or received after publication of Edinburgh University's statement. 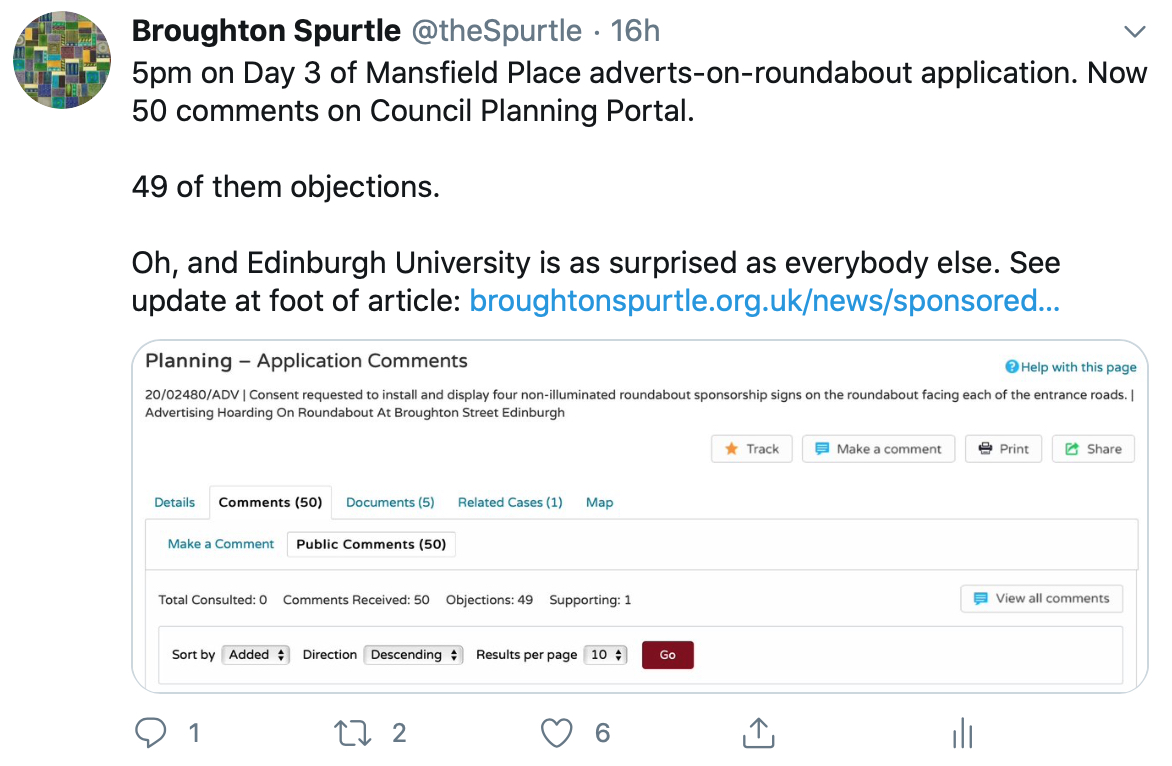 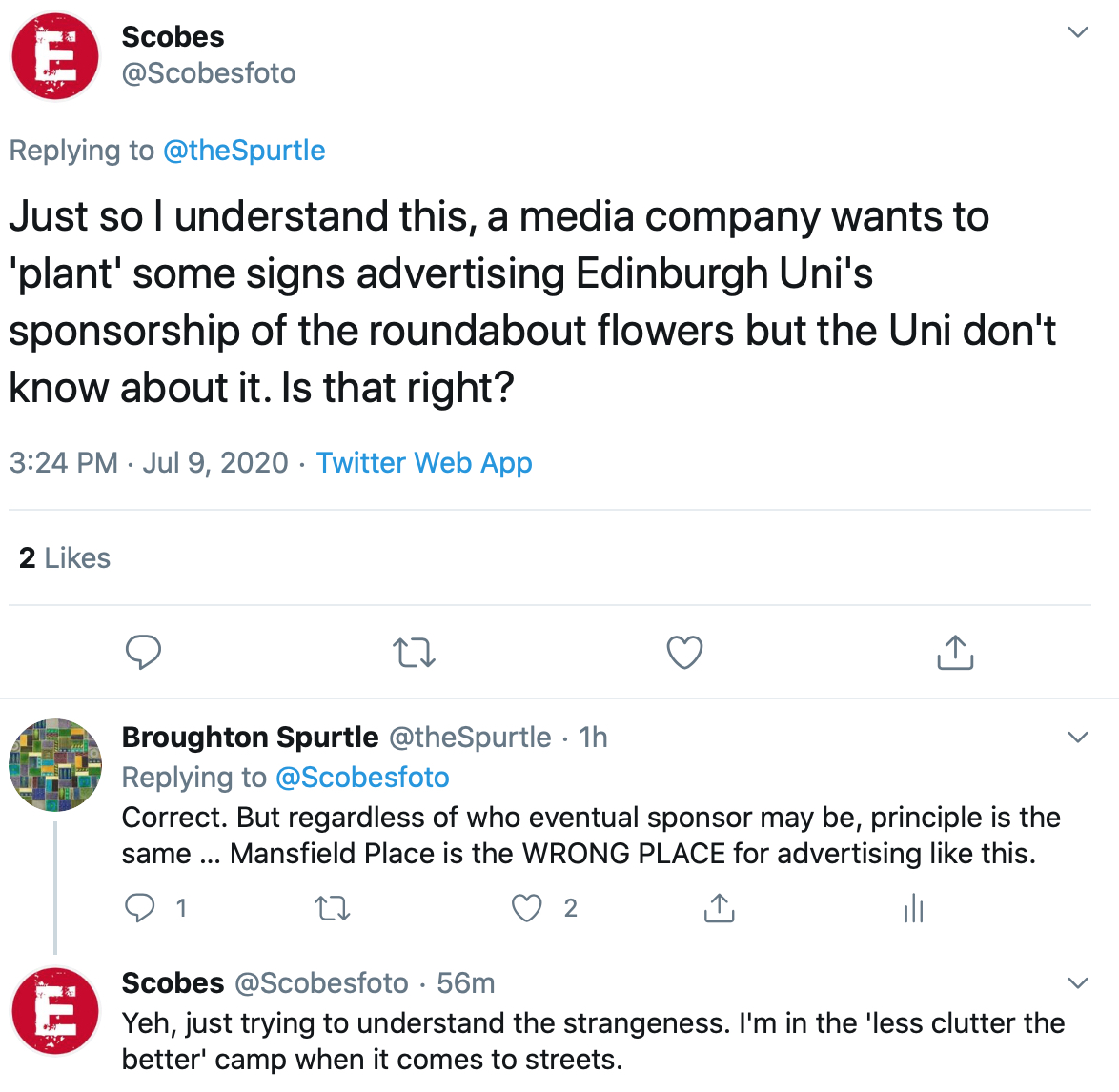 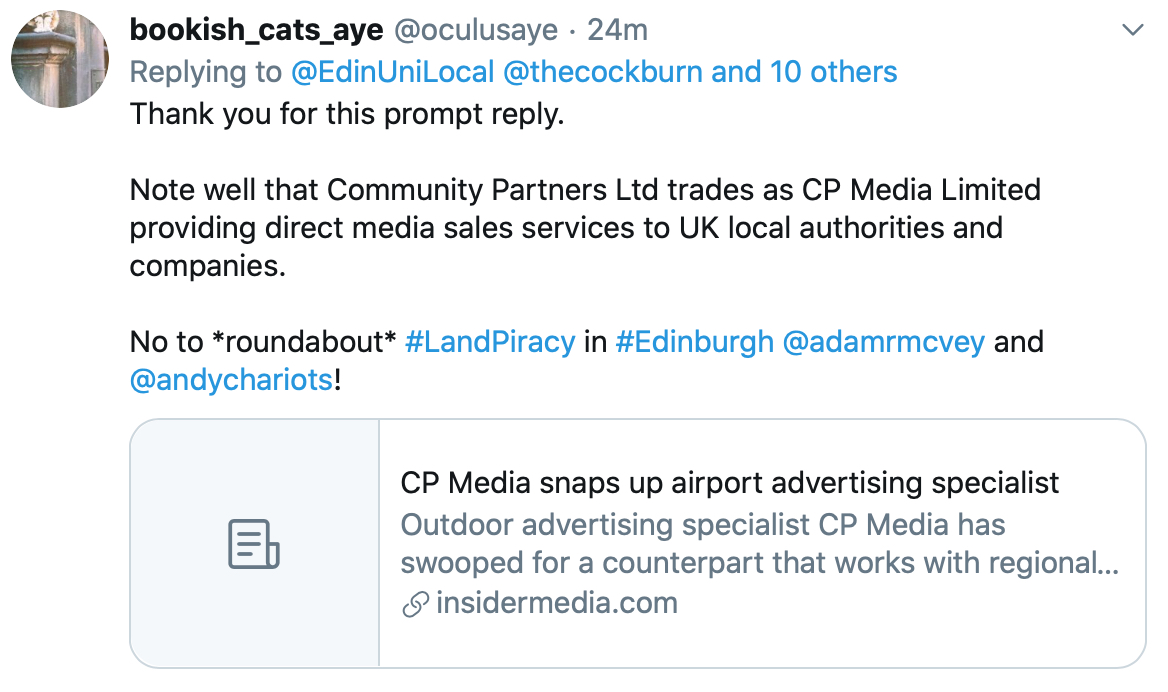 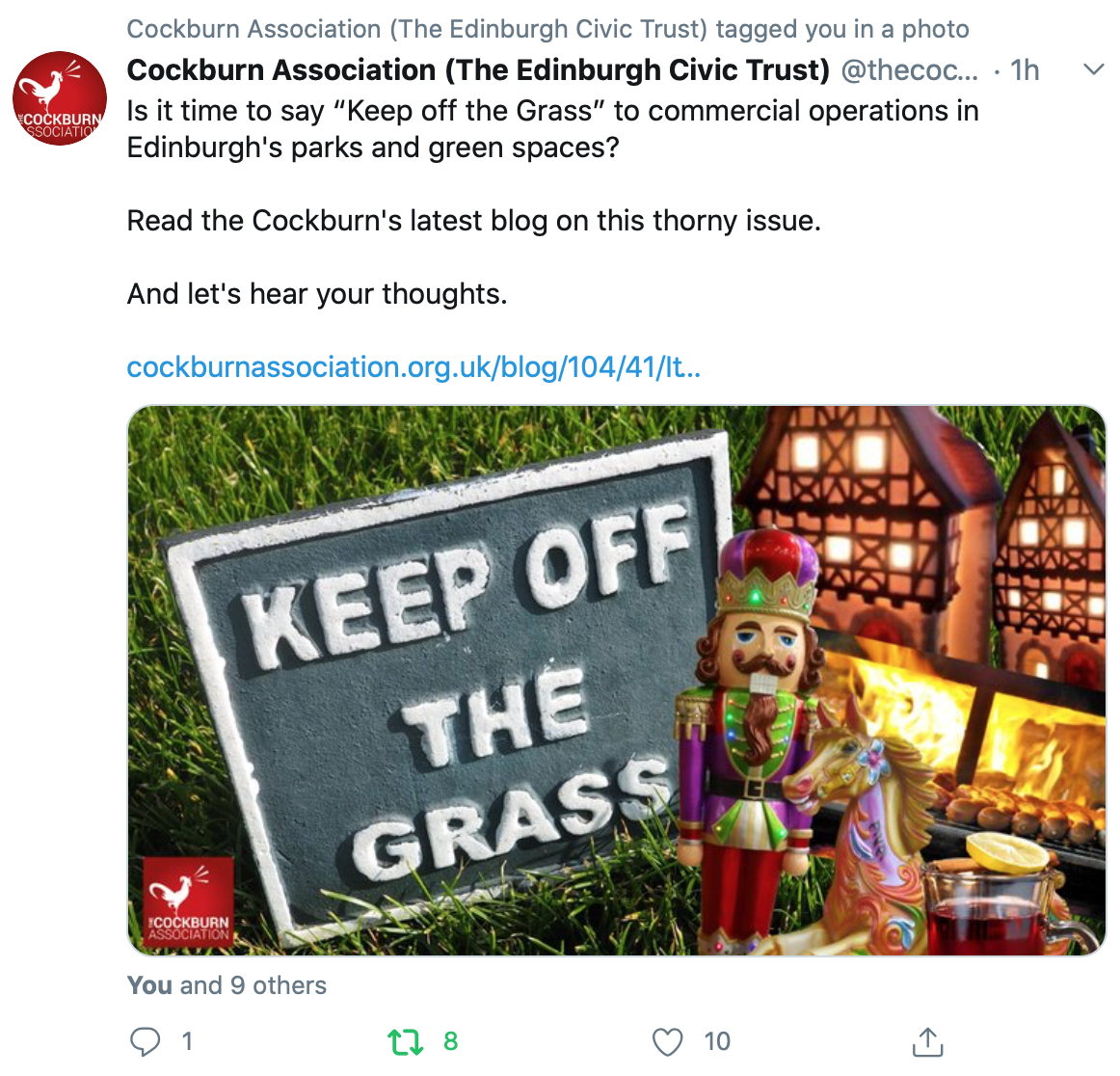 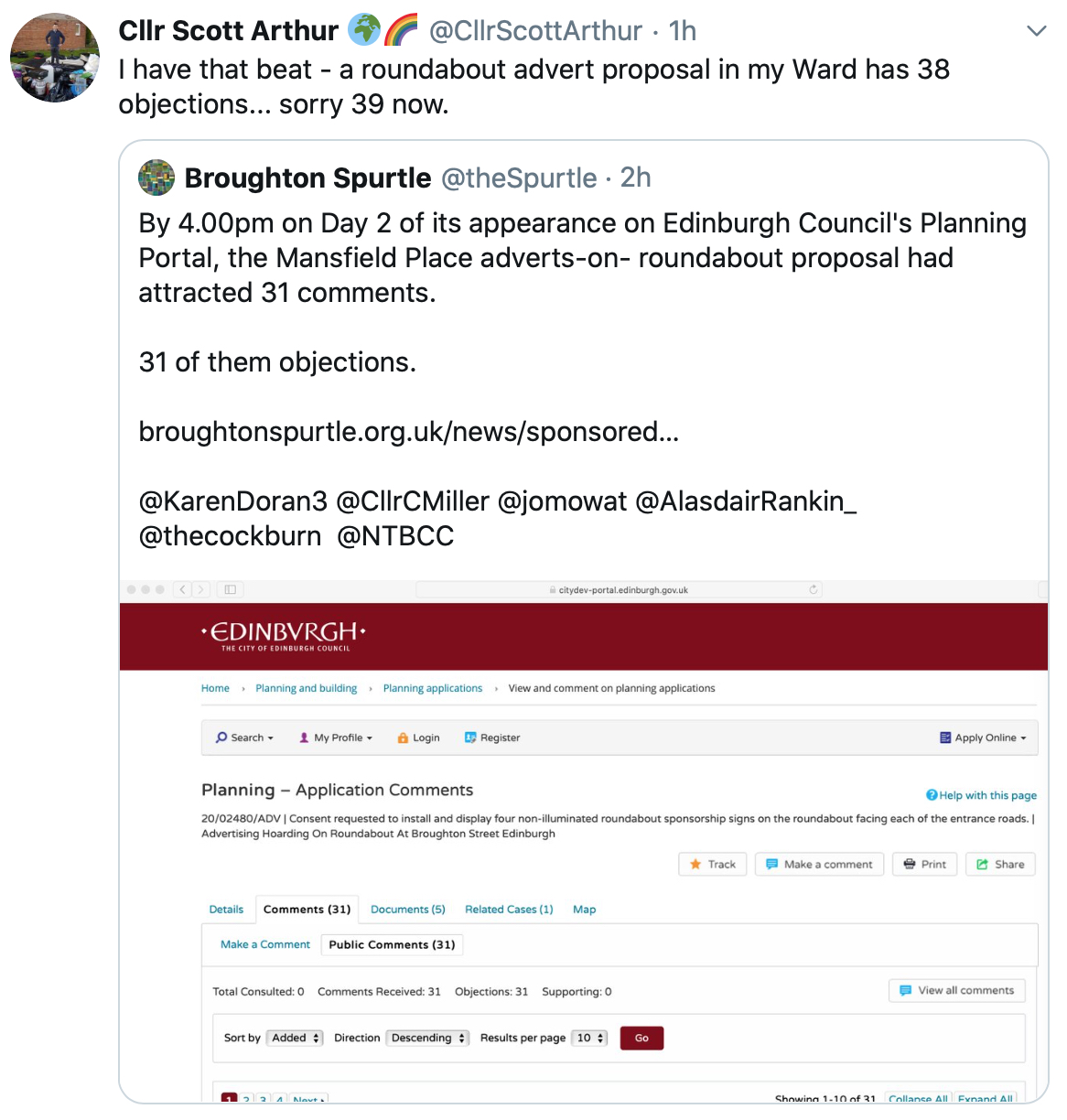 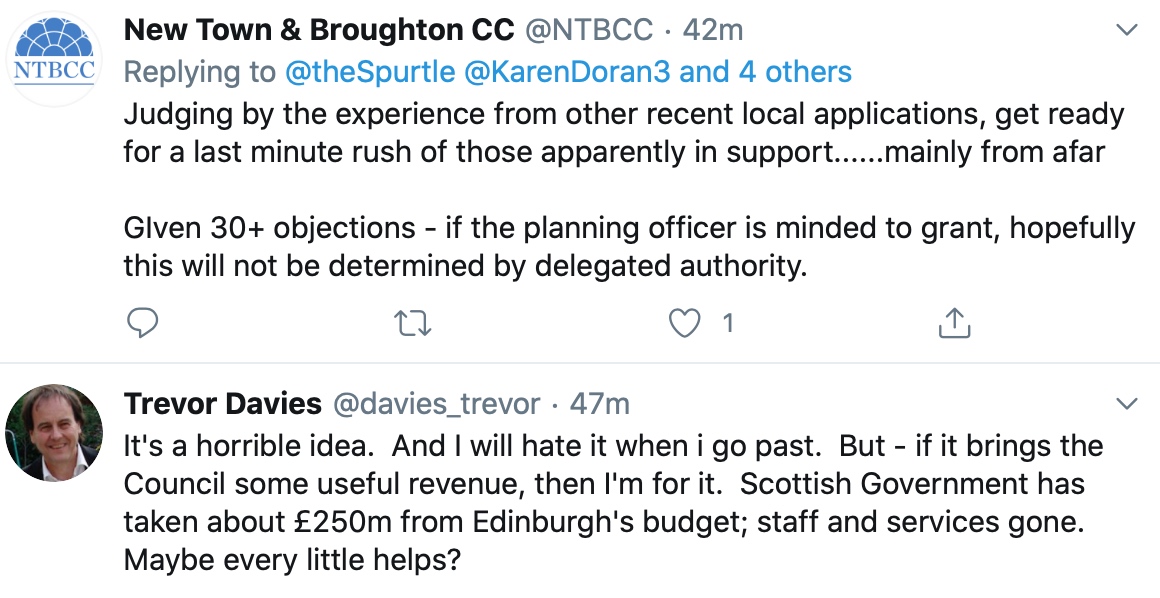 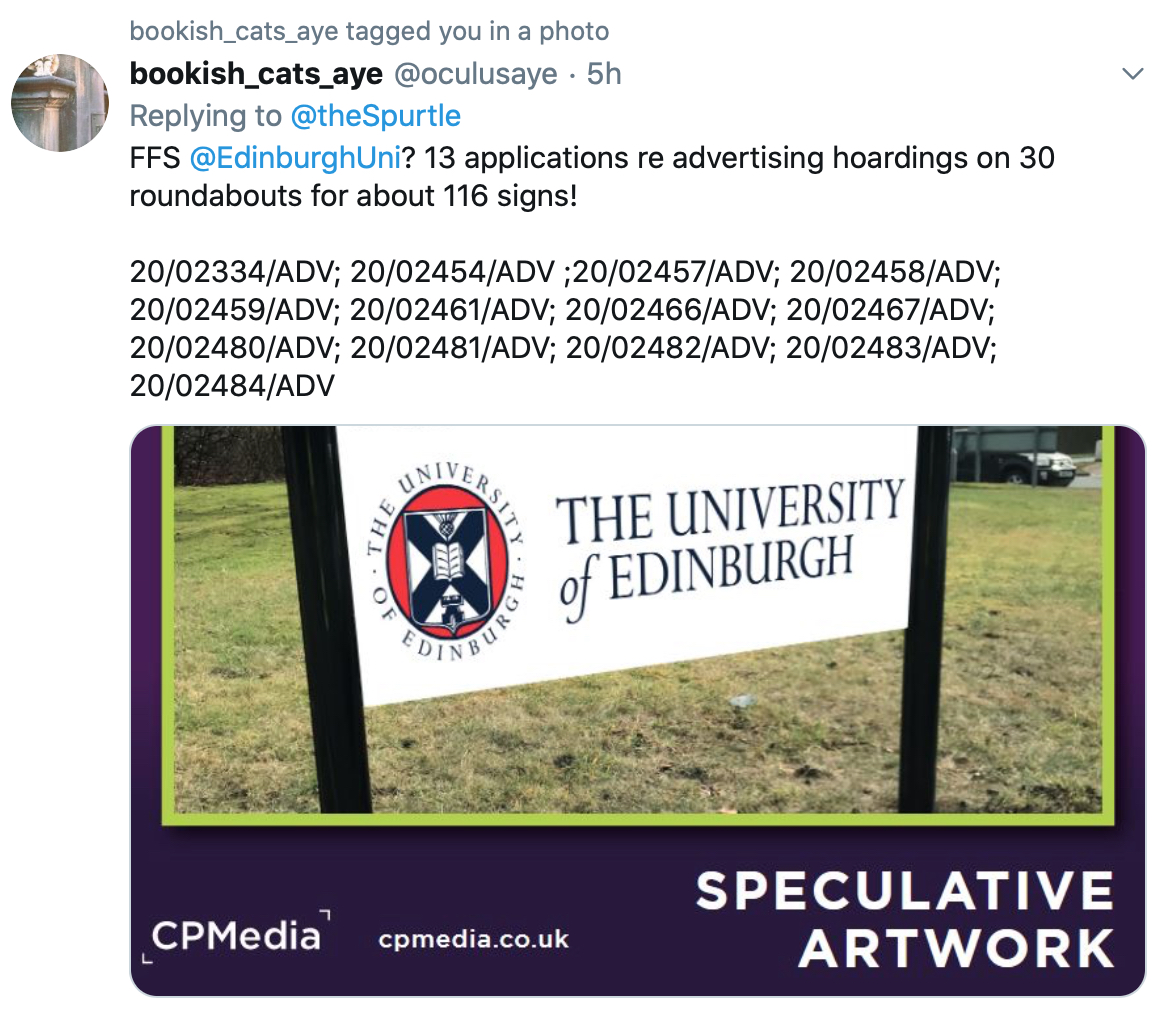 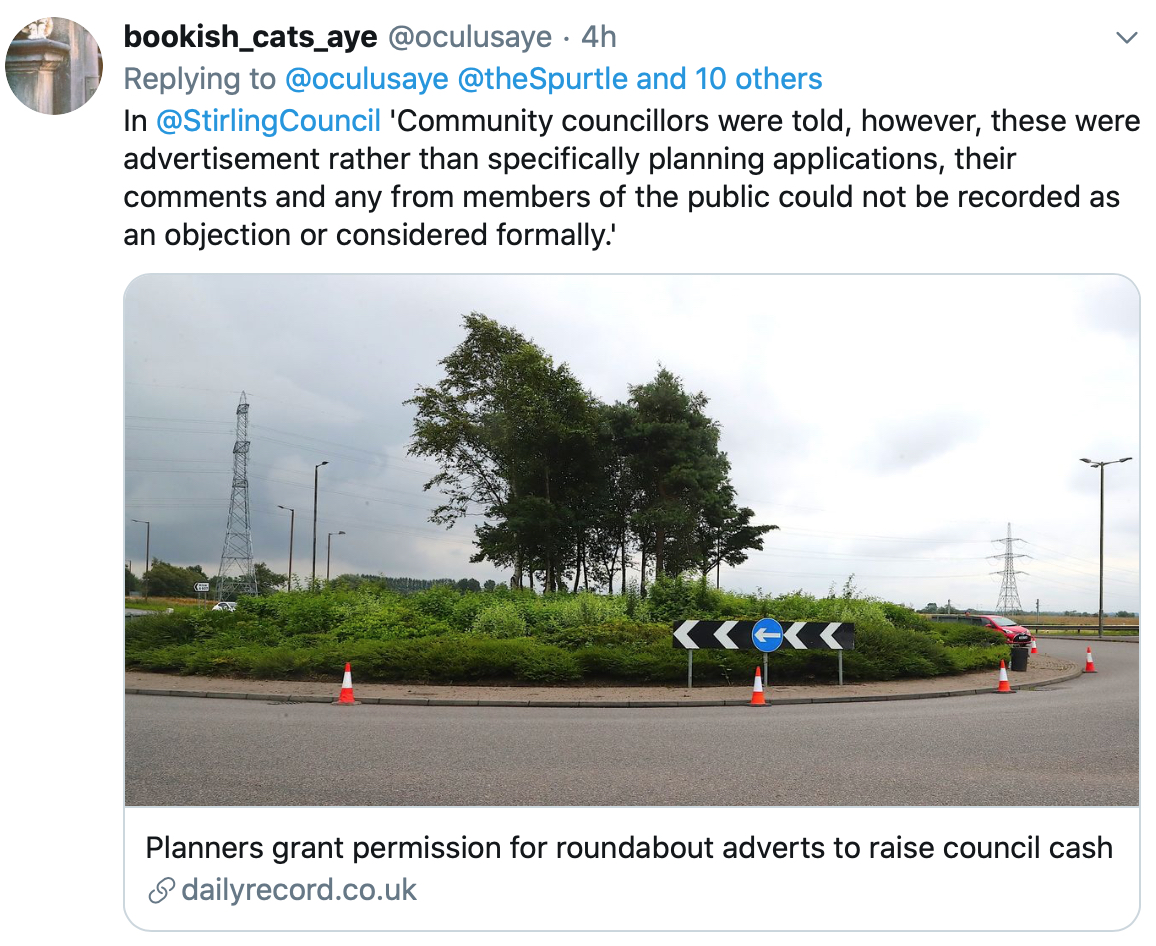 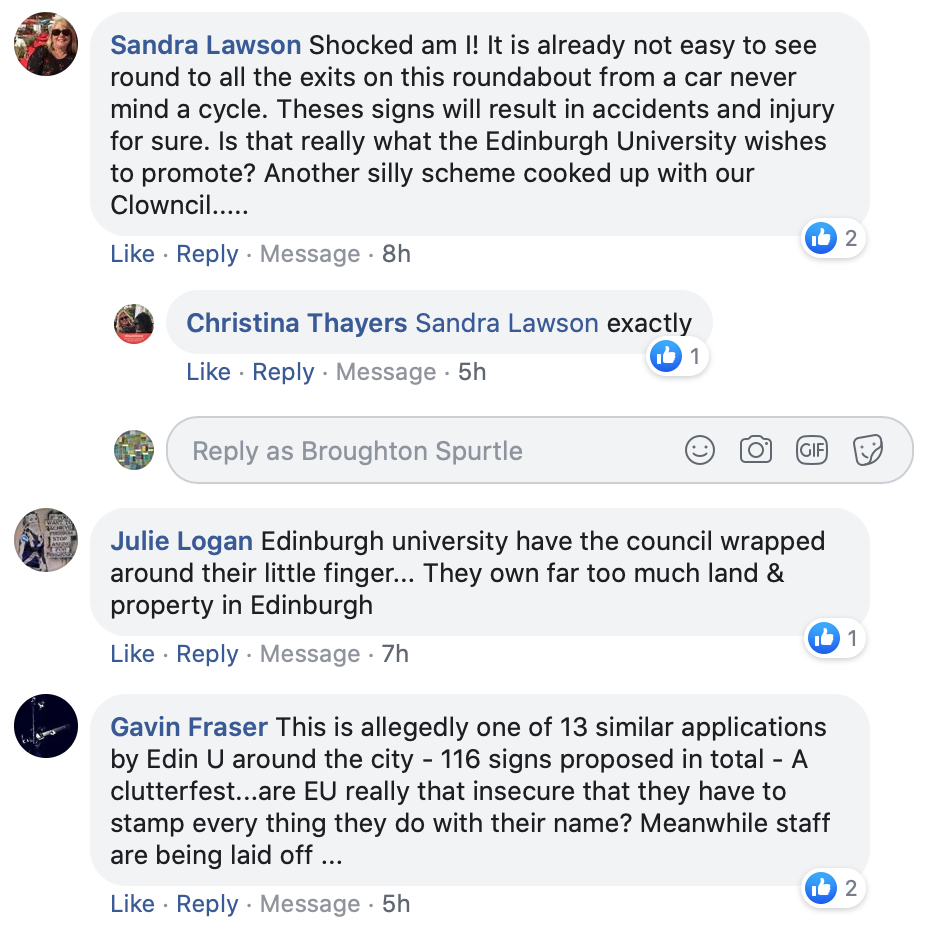 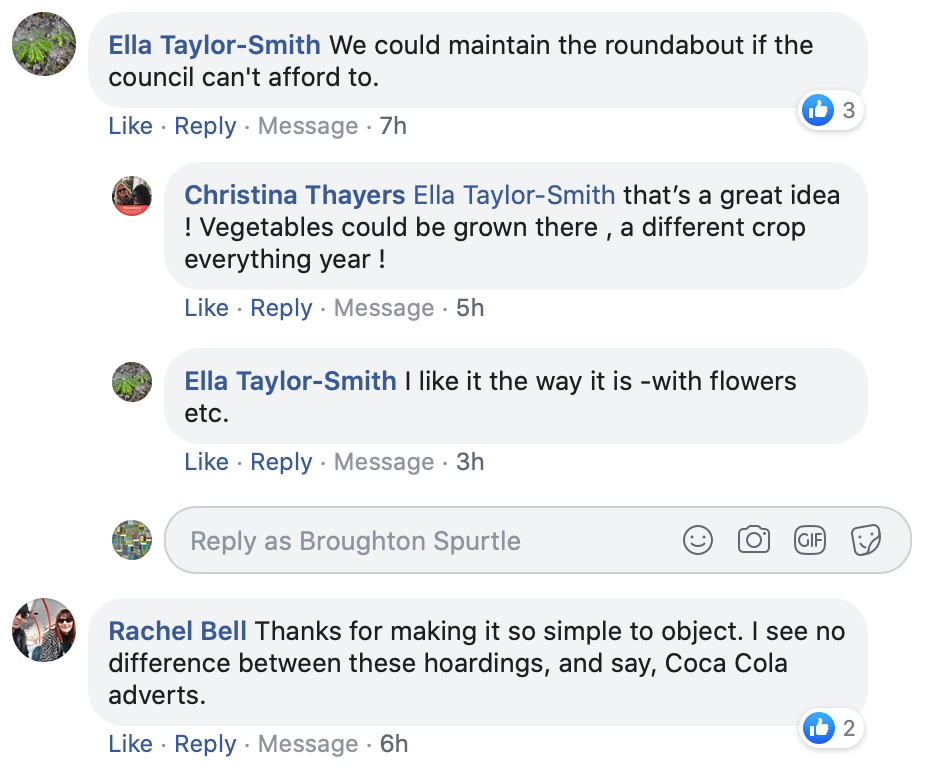 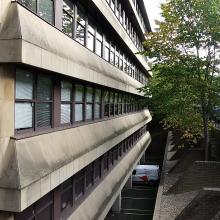 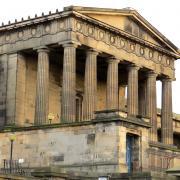 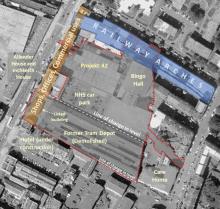 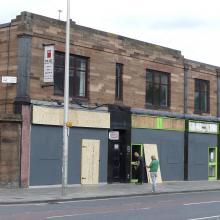